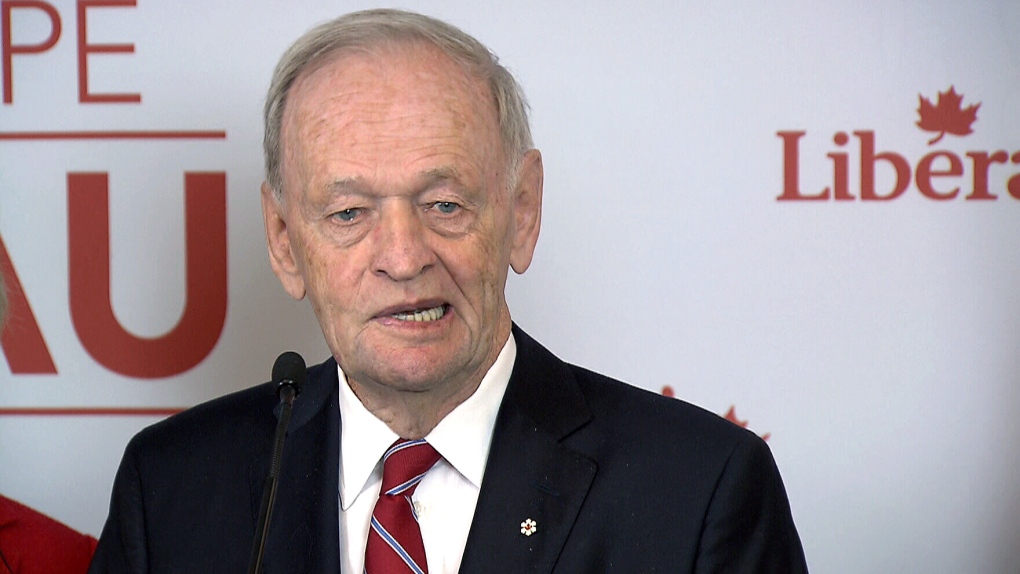 Jean Chretien says Quebec's political class is "trapped" in a pointless debate over a non-existent problem: how to accommodate religious minorities.

And the former prime minister predicts the furor over whether public servants should be banned from wearing religious symbols will eventually fade away as common sense prevails.

The issue has been boiling in the province for more than 10 years, leading to a year-long study of "reasonable accommodation" by the Bouchard-Taylor Commission, the short-lived Parti Quebecois government's charter of Quebec values and the late Liberal government's "religious neutrality" law that bans anyone providing or receiving public services from wearing face-covering religious garb.

Last week, the Liberals suffered a stunning defeat by the upstart Coalition Avenir Quebec, which promises to ban public servants in positions of authority -- including teachers, judges, police officers and prison guards -- from wearing religious symbols. Premier-designate Francois Legault has threatened to use the Constitution's controversial notwithstanding clause, if necessary, to override the Charter of Rights and Freedoms and enforce the ban.

Legault is also promising to cut immigration to Quebec by 20 per cent and expel newcomers who fail to pass French language or Quebec values tests within three years.

Chretien said the debate reminds him of the political quagmire that resulted in the late 1980s and early '90s over Quebec's demand for recognition as a distinct society in the Constitution.

"Everybody was furious with me saying things like that but it turned out that I was right ... I knew that the guy in Shawinigan didn't give a damn."

Quebecers and other Canadians eventually calmed down and moved on and Chretien predicted the same will happen with the religious accommodation debate.

"It will fade away normally."

That will occur as Quebecers realize the logic of banning religious garb can lead to "ridiculous" outcomes, he said -- like in France, where Muslim women have been arrested for wearing full-body swimwear on beaches but it's "no problem if you're completely naked."

He also suggested acceptance of diversity is simply more practical than succumbing to the politics of fear about visible and religious minorities.

"You know, you can be afraid of everything if you want to be afraid," Chretien said. "A lot of people are afraid of planes but eventually they get on a plane because to go to Florida walking it's a long ride."

As for the notwithstanding clause -- which Chretien persuaded former prime minister Pierre Trudeau to accept as a condition for getting provincial support for the charter of rights -- Chretien said he doubts either Legault or Ontario Premier Doug Ford, who has also threatened to invoke the clause, understands the consequences of overriding the charter.

"I don't think Legault knows a lot about the Charter of Rights and Freedoms and Ford obviously was not a professor of law," he said.

The notwithstanding clause has not been used once in 38 years by a federal government -- and Chretien said that's for good reason: "because there is a big price to pay eventually."

Less than a week after Legault's election victory, Chretien noted that an anti-racism protest was already planned for Montreal. "So, he will learn."

Ford planned to invoke the clause to override a court ruling on his government's legislation to reduce the size of Toronto city council. Chretien said he's sure the Ford government "was very relieved" when the ruling was overturned on appeal, making use of the notwithstanding clause unnecessary.