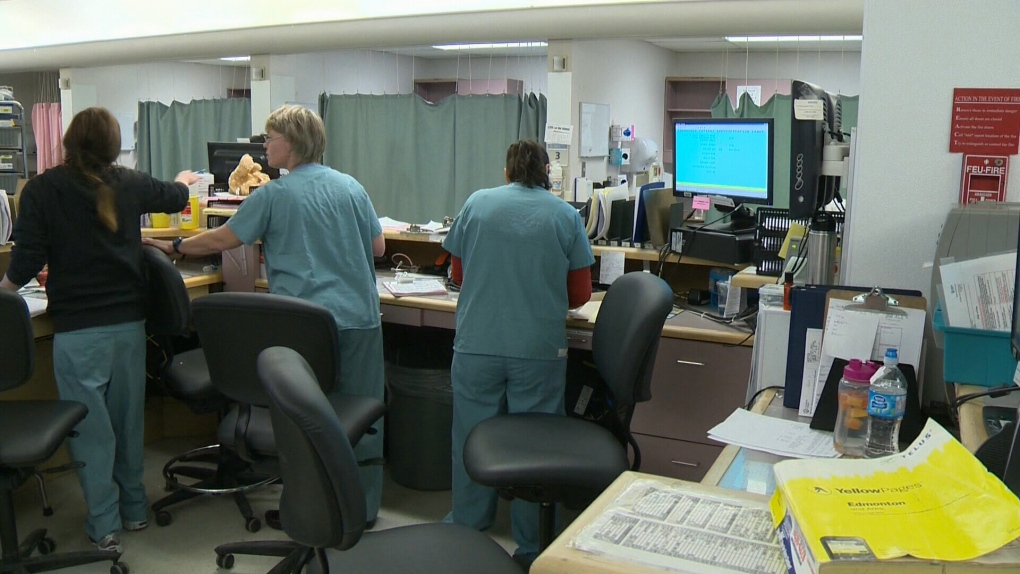 MONTREAL -- Quebec nurses are asking for a major mobilization of its members next week against forced overtime.

Nurses in its 76,000-member union, the Fédération interprofessionnelle de la santé du Québec (FIQ), are not allowed to refuse overtime, despite understaffing issues in most healthcare facilities in Quebec.

They say it's leading to exhaustion and burnout in some nurses.

According to the union, 90 per cent of its membership is women, with many of those being single parents. They said that working an eight-hour shift, only to be told near the end that a nurse is obligated to work an additional eight hours causes burnout and leads many young nurses to leave the healthcare network altogether. As many as 4,000 nurses left the Quebec health network in the last four years alone.

The union wants the government to lift the mandatory overtime for 24 hours next week.

"We're giving them a notice, they have a nine-day notice to make sure that during this 24-hour period, the healthcare professionals, after having completed an eight or 12-hour shift, they'll be able to go home like everybody else in society," said FIQ spokesperson Roberto Bomba.

Quebec Health Minister Danielle McCann has promised to abolish compulsory overtime and said back in the spring that she understands the nurses’ situation and wants to resolve the problem as quickly as possible.

In the most recent budget $200 million was set aside to hire more healthcare workers, but the nurses’ union said that since the money was to be spread across multiple professions, it didn’t come close to the $350 million just for nurses they said was necessary to ensure a proper workforce.