Quebec labour tribunal sides with health-care professionals against the MUHC

Quebec labour tribunal sides with health-care professionals against the MUHC 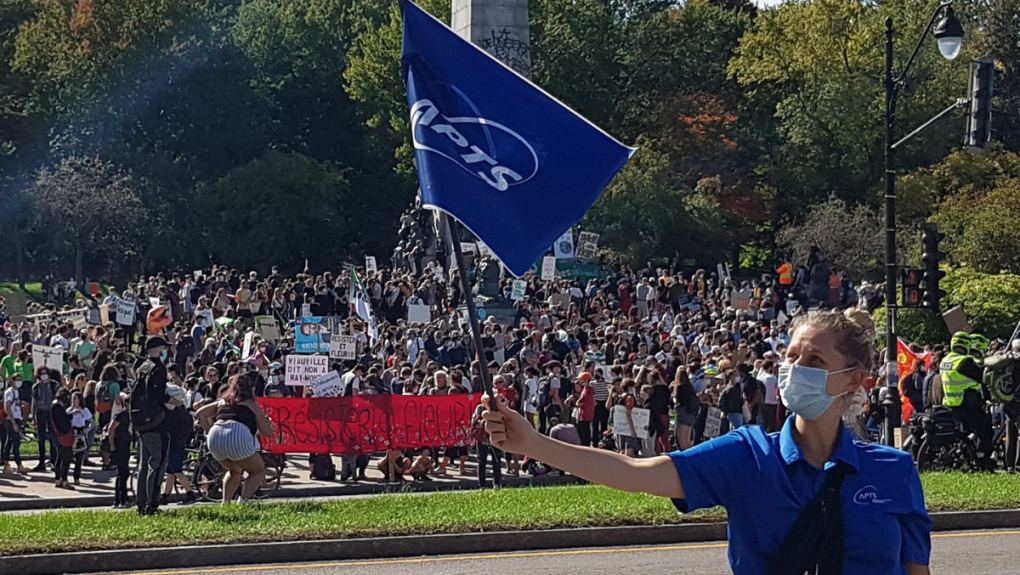 APTS members have not been happy at the negotiating table, and the recent announcement that nurses will get bonuses angered members of the union of health-care technicians. SOURCE: APTS/Facebook

The arbitration tribunal has just ruled in favour of the health professionals and technicians alliance (APTS), which filed a grievance after the McGill University Health Centre (MUHC) refused to recognize the seniority of full-time health-care workers wh had provided essential services during a strike.

APTS (Alliance du personnel professionnel et technique de la santé et des services sociaux) members were on legal strike for four days in the summer of 2021, on June 7 and 8 and June 21 and 22.

The Administrative Labour Tribunal had even ruled in advance on the essential services to be maintained during the strike -- with percentages varying by service.

Despite the ruling, the employer refused to recognize the seniority of the full-time employees who participated in the strike and provided essential services.

The employer argued that during a strike, the collective agreement is suspended, and the parties are released from their respective obligations. It also argued that the concept of "authorized absence" does not apply during a strike.

Instead, the arbitrator agreed with the union and found the MUHC's decision unfounded.

He began by pointing out that the Quebec Labour Code states that "no person ceases to be an employee for the sole reason that he or she has ceased to work as a result of a strike or lockout."

He also based his decision on the APTS collective agreement, which defines seniority as "the length of service of an employee since his last date of entry into the service, all expressed in years and calendar days."

"The combined effect of these two sections is sufficient to conclude that seniority accrues during a strike or lockout," he concluded.

The scope of the agreement in the context of a public service strike means that seniority also applies to striking employees.

"The agreement, to which the employer is a co-signatory, regulates both attendance and absence from work. By requiring employees to work in order to provide essential services, the agreement imposed a duty on them to be present on their shift," he added. "As for the absence of these people from their workstation to strike, in accordance with the percentage agreed to in the agreement, it can be qualified as 'authorized,' and as such, seniority must be counted."

-- This report by The Canadian Press was first published in French on June 28, 2022.