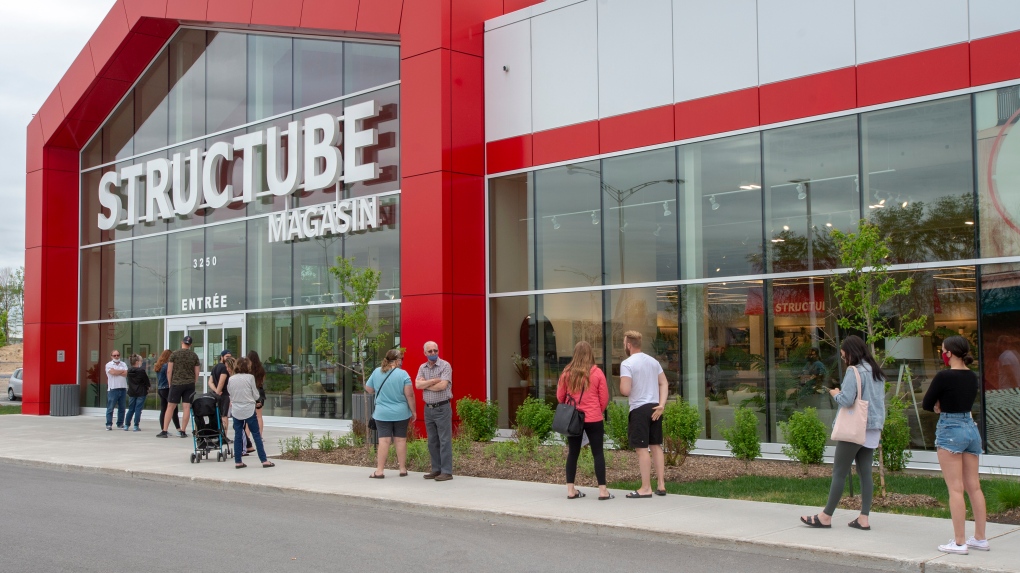 The modern furniture chain Structube names gives its products proper names, which proved problematic when it comes to trash bins that the company gave Arab men's names to. THE CANADIAN PRESS/Ryan Remiorz

MONTREAL -- Giving proper names to products is part of the Montreal-based furniture store Structube's brand identity, but the store learned this week that for some products, proper names may be inappropriate and something more generic may be warranted.

A stainless steel bin named "Walid" and garbage can named "Wassim" have been removed from the store's website, and the company apologized for using the monikers on its Twitter feed.

"We recently posted some new garbage bins to our website using common names," the company wrote. "It has been rightfully brought to our attention that naming garbage bins after anyone's name can be offensive, particularly if the name is suggestive of any ethnic, religious, or other minority group."

The apology prompted a series of responses with none of the commenters accepting the mea culpa as genuine.

"Honestly disappointed," wrote Twitter user Noor Akbari. "I always bought my furniture there when I bought my house. Felt just right to encourage Quebec's commerces. And then this happens."

The business's site includes names for most of its products including a woven rug named Bongi, a lamp named Dorothy and an acacia wood king size bed named Kabbann.

The waste bins are now named after clouds: Alto, Strato, Cumulo and Nimbo.

Structube said the naming of the trash cans was "completely unintentional" and that the company would be more thoughtful when naming products.

"We can assure you that the bins were not named with ill-intent," the company said. "Our product names are chosen at random, prior to knowing the specifics of the product."

"Only now 'it has been brought to your attention that naming trash bins after peoples names is offensive' REAAAALLY?," wrote Selma_se. "It’s basic common sense!"

Structube opened in 1974 on the corner of Sherbrooke St. and Park Ave. in Montreal and now operates out of over 70 retail locations.

LISTEN ON CJAD 800 RADIO: Why did Structube name trash cans after Arab men? Comedian Wassim El-Mounzer and his brother Walid try to answer the question