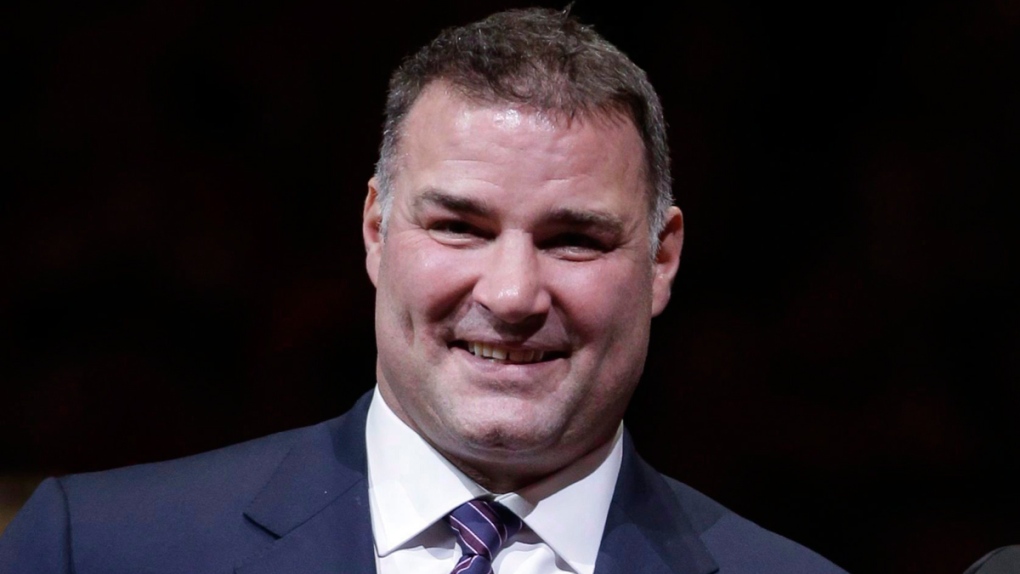 Eric Lindros was chosen by the Quebec Nordiques with the first pick in the first round of the 1991 NHL draft, but he refused to join the team, a decision that has always made him unpopular with fans when he hit the ice in Quebec for one of the four other NHL teams for which he played.

QUEBEC CITY -- Some of the most controversial and detested figures in Quebec City hockey history are among the invitees to this year's edition of the Quebec International Pee-Wee Hockey Tournament taking place next month.

Management at the world-renowned tournament say former National Hockey League players and officials including Eric Lindros, Chris Nilan and Kerry Fraser will meet with fans and sign autographs next month.

Lindros was famously chosen first overall by the now-defunct Quebec Nordiques at the NHL entry draft in 1991 but refused to sign, making him a particularly unpopular player in the provincial capital despite being part of a franchise-altering trade for the hockey club.

Retired NHL referee Kerry Fraser called off a go-ahead goal by Alain Cote in Game 5 of a Montreal-Quebec playoff series in 1987. The Canadiens would score shortly after that controversial call and win the series in six games.

The tournament also said Monday that Cote himself will be present on the same day as Fraser and Nilan, a former Montreal Canadiens enforcer well-known for his dust-ups against the Quebec club.

The tournament often draws former NHL greats in addition to showcasing future stars. Last year, former stars Marcel Dionne, Guy Lafleur and Ray Bourque were in attendance, as were the actors behind the fictional Hanson brothers of the 1977 cult-classic "Slap Shot."

Organizers said more than 40 NHL players will be present at the tournament as coaches, parents or chaperones.

This year, 20 countries will participate in the tournament's 61st annual edition -- a record.

For the first time, teams from Croatia and South Korea will be present at the competition, which will run from Feb. 12-23 at the Videotron Centre and the Pavillon de la jeunesse, another local arena.

The tournament will also be featured on an edition of "Rogers Hometown Hockey" on Sportsnet on Feb. 16, hosted by Ron MacLean and Tara Slone.