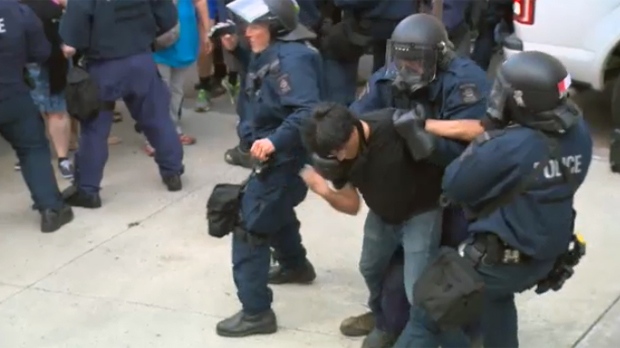 A well-known left-wing activist has pleaded not guilty to a charge of obstructing justice and one of impersonation that was filed after he identified himself as former NHL star Michel Goulet.

Jaggi Singh was arrested at a Quebec City demonstration on Aug. 20 and then released.

The 46-year-old Singh was rearrested Tuesday and entered the plea in municipal court in Quebec City this morning.

The Crown opposed his release and he is expected to return to court this afternoon.

In a statement today, a group supporting Singh says the impersonation charge is related to Singh jokingly telling police on Aug. 20 his name was Michel Goulet, the ex-Quebec Nordiques left-winger.

Quebec City police say two distinct groups took part in demonstrations that day and that a third group was involved in another protest, which was declared illegal and broken up by the anti-riot squad.