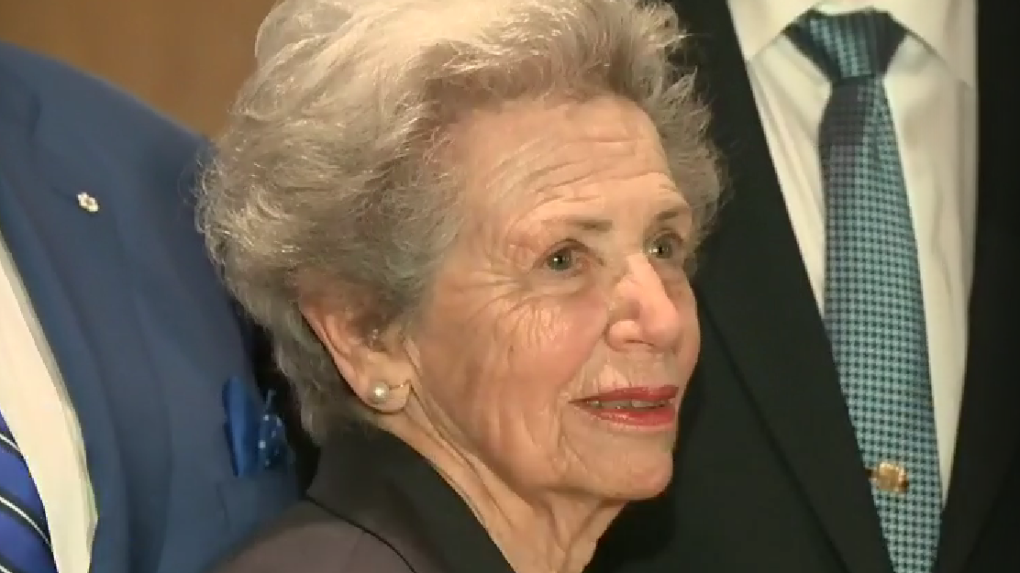 Known for her many contributions to Quebec arts, education, health and social services, Goldbloom passed away peacefully in her home Sunday, surrounded by her family.

Goldbloom was a professor at the McGill School of Social Work between 1964 and 1992.

She assumed pivotal roles in many institutions throughout her lifetime, including the Foundation of Greater Montreal, Meals on Wheels and L'Abri en Ville.

In 2007, at age 82, she become co-chair of Quebec's commission on living conditions for seniors.

Her contributions have been recognized by the Order of Canada and the Ordre national du Québec.

Originally from New York, Goldbloom moved to Montreal in 1949 with her husband Victor Goldbloom, former Liberal minister for environment and municipal affairs. He passed away in 2016.

Sheila Goldbloom is survived by three children, as well as several grandchildren and great-grandchildren.

A funeral service will be held next Friday morning at Temple Emanu-El-Beth Sholom located on Sherbrooke St. in Westmount.

This report was first published in French by The Canadian Press on July 5, 2022.

With files from CTV's Lillian Roy.