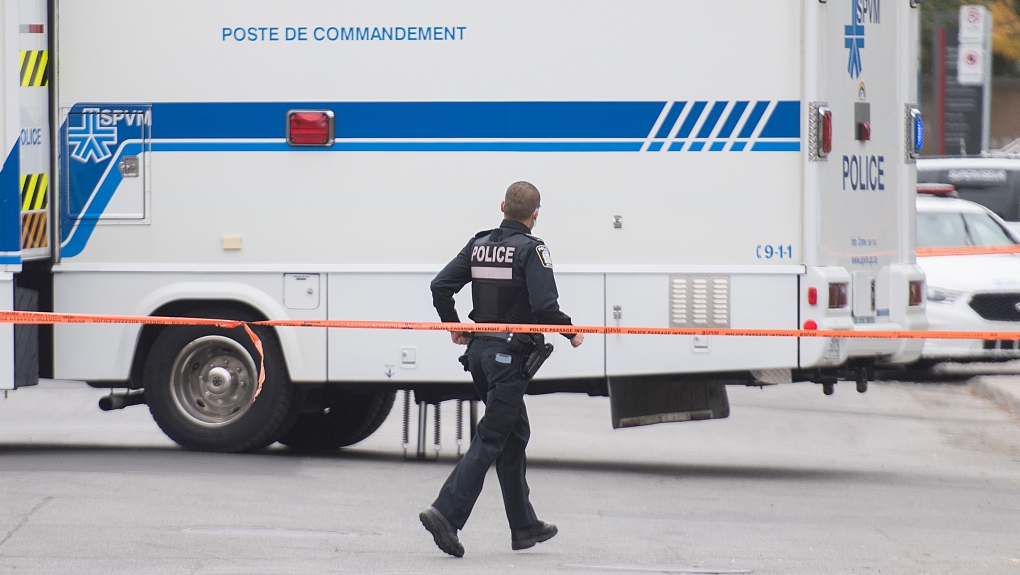 A police officer is shown next to a command post vehicle in Montreal North, Sunday, October 4, 2020, where police shot a man brandishing a knife. THE CANADIAN PRESS/Graham Hughes

MONTREAL -- A man armed with a knife was shot by the police this morning in the Montreal-North borough, and Quebec's police watchdog is investigating.

According to information from the watchdog (BEI), the suspect was trying to enter a fire station when the Montreal police (SPVM) was called to intervene.

He allegedly charged the police officers "armed with a knife," and they fired in his direction.

The man was hit and taken to hospital where there was no fear for his life.

Six BEI investigators have been assigned to the case.

This is the second of three BEI investigation in as many days for shots fired by SPVM police officers during a police intervention.

Two shootings involved the SPVM and one involves the SQ.