MONTREAL -- Police are investigating after several acts of vandalism at Buddhist temples in Montreal and statues in the city's Chinatown neighbourhood. They are being treated as hate crimes.

Two lion statues, meant to represent protection, were defaced with a sledgehammer at the Quan Am temple on de Courtrai Avenue in Cote-des-Neiges. 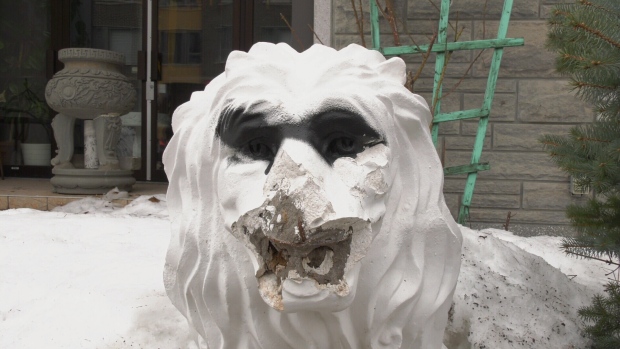 "(Three) weeks ago, the Quan Am temple got vandalized by a hooded individual that smashed the lions head at the gate with a sledgehammer. It got attacked again as of recently," said Louis Le in a Facebook post.

"As a volunteer at the Quan Am's temple, I've sacrificed countless paid hours to erect the second temple and seeing my work being destroyed by a faceless coward enrages me to no end," he said. 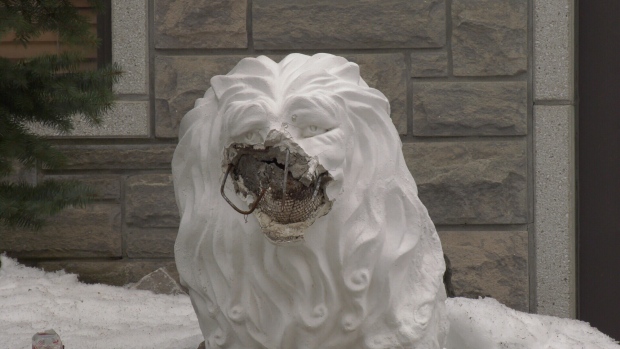 In recent weeks, two other temples and the gate lions in Chinatown were also defaced.

"Since these are acts committed against religious symbols, they are treated as hate crimes," Montreal police said in a statement. 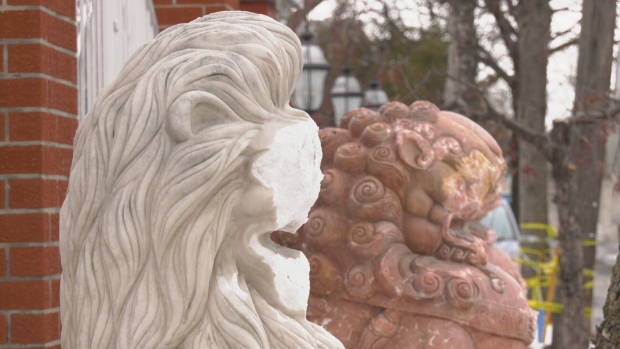 "It's pretty hard to pinpoint the motive behind the perpetrator, but to me, the most logical explanation would be discrimination against Asians, the Asian community, because of the coronavirus events that are happening all over the world," he told CTV News in an interview.

Le pointed to similar incidents worldwide, including a young Asian man attacked in London, and incidents on public transit in the U.S. and Australia.

"This was bound to happen at some point," he said, adding that while younger members of his community were angry, some of the older people were fearful.

Le stressed, though, that despite crosses being drawn on some of the lions, he does not want any group to be blamed for the actions of what may be a single individual. 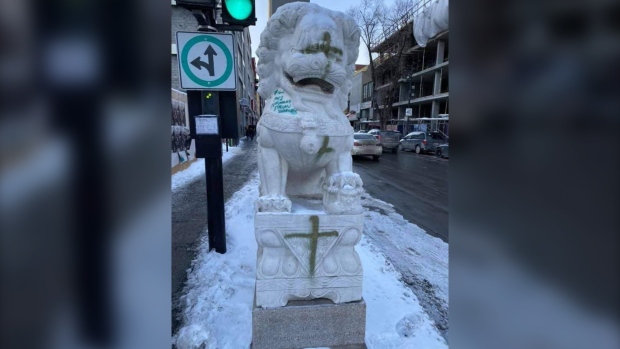 Lions at the entrance to Montreal's Chinatown were vandalized (photo: Louis Le / Facebook)

"Causing more tension between religious communities or ethnic groups wouldn't do anybody any good," he said. "I don't like the thought of action caused by a single individual representing the entire community. I think that's just dumb."

Police say anyone with information regarding this type of mischief should not hesitate to contact them.