Police hand out hundreds of fines at Montreal anti-lockdown demonstration

MONTREAL -- Hundreds of people gathered in Montreal Sunday and marched through the city protesting municipal and provincial government restrictions put in place to stop the spread of COVID-19.

Levesque added that six general infraction violations were handed out and around a half-dozen arrests were made for criminal infractions.

Crown prosecutors will decide what charges or fines will result in the coming days for those offences.

A ticket for not wearing a mask during a demonstration or protest carries a $1,546 fine.

As record numbers of new cases are reported daily, Premier Francois Legault announced all non-essential businesses would be required to close from Dec. 25 to Jan. 11.

OTHER TICKETS GIVEN OUT

The 269 tickets handed out at the demonstration were among the 353 given out in the past week. Police said that in that time, they've received 530 calls from people reporting public health violations.

The Montreal rally began at 12:30 p.m. on Sherbrooke St. at McGill College Ave. with marchers heading towards Parc Lafontaine holding signs reading "We Reject your Great Reset," "Better to die free than live without freedom," "All Businesses are Essential" and others.

Montreal police (SPVM) spokesperson Veronique Comtois said officers were on hand to ensure protesters respected health measures. She said there were no major issues, but that a full report was not available in the early evening.

Many were not wearing masks or respecting a two-metre distance between one another and officers handed out fines. 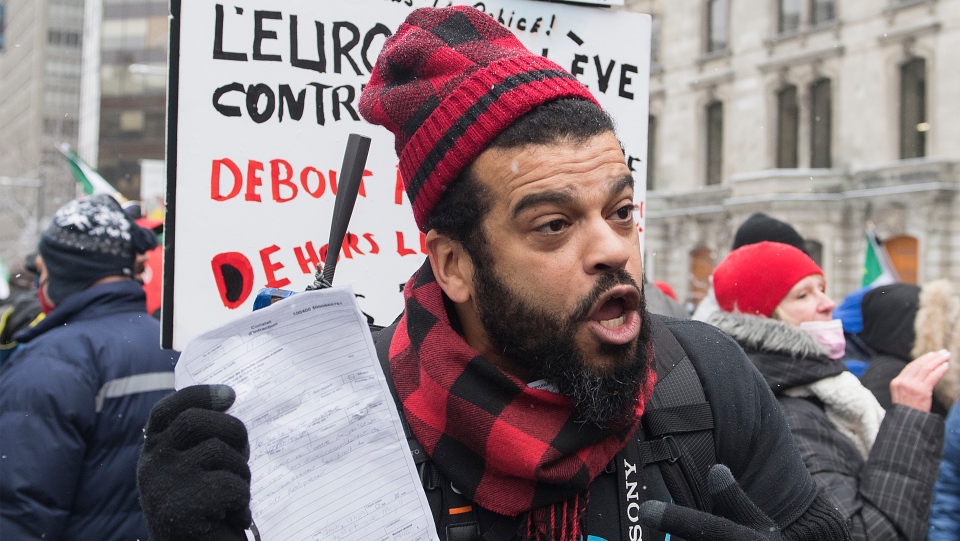 Comtois said the SPVM would produce a more complete report on the numbers of fines later Sunday evening. 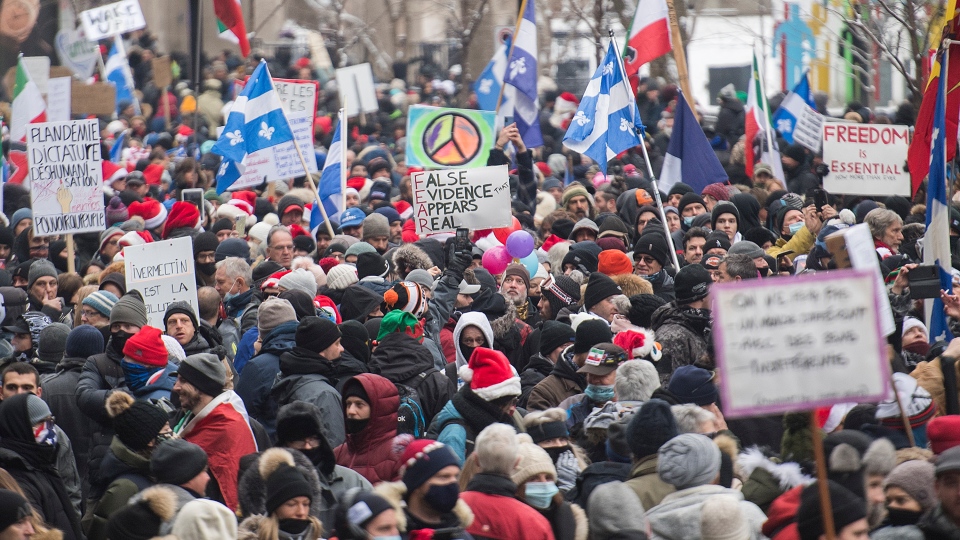