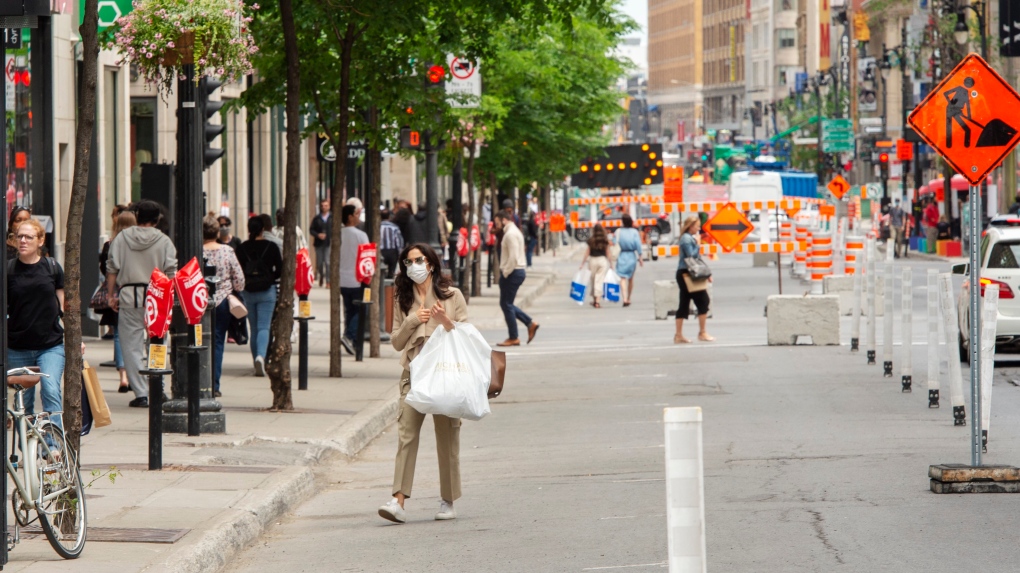 MONTREAL -- With deconfinement increasing, services opening and COVID-19 numbers dropping, a new survey from the Association of Canadian Studies found that fewer people are making an effort to stay at least two metres away from each other in public.

The survey asked 1,510 Canadians about these intrusions into their space.

“Despite the fact that you are making considerable efforts to respect social distancing," the survey asked, "have people outside your family gotten within two metres of you over the past week?”

In May, 57 per cent of respondents said people had moved into their two-metre bubble, and in June it was six per cent higher.

That rise was despite the fact that 79 per cent agreed that physical distancing prevents COVID-19’s spread, according to the survey.

The youngest adults were the most likely to say that this distance hadn't been kept absolute, with three out of four people between 18 and 24 years old saying people outside the family had gotten within two metres.

The ACS survey asked people to name two places where physical distancing is a challenge. Different age groups responded differently there, too.

In the 18 to 24 group, 41 per cent said going for a walk in the neighbourhood made it a challenge to stay two metres apart.

Thirty-six per cent of those 25 to 34 years old said distancing was a challenge in the workplace.

The most common place where distancing was difficult, across all groups, was during trips to the grocery store, where 75 per cent said it was difficult.

Of those that said people were not respecting their space, 58.6 per cent said they were now “very afraid” of contracting COVID-19.