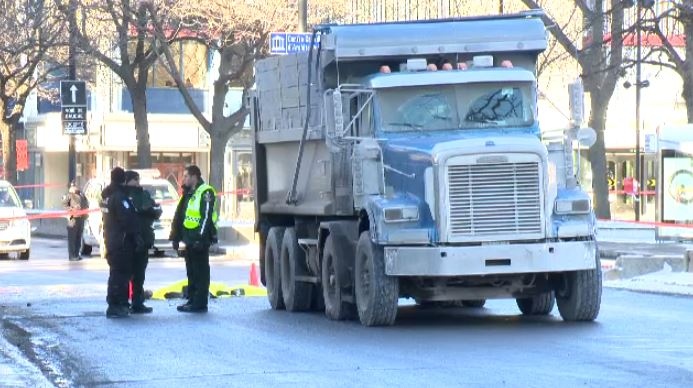 The pedestrian was killed near Cabot Square.

The deadly collision took place at the intersection of Atwater Ave. and Tupper St. at 11:05 a.m.

According to police, the driver of a dump truck was heading west on Tupper when he turned left onto Atwater, hitting the pedestrian who was crossing Atwater at the same time.

The driver of the truck was treated for shock at the scene but was not taken to hospital.

Police closed Atwater in both directions between René Levesque Blvd. and Ste. Catherine St., and closed Tupper between Lambert-Closse St. and Atwater, while they conducted their investigation.

This is the the 24th deadly collision of the year in Montreal according to the SPVM.