Out of province students reconsider Quebec schools over Bill 62 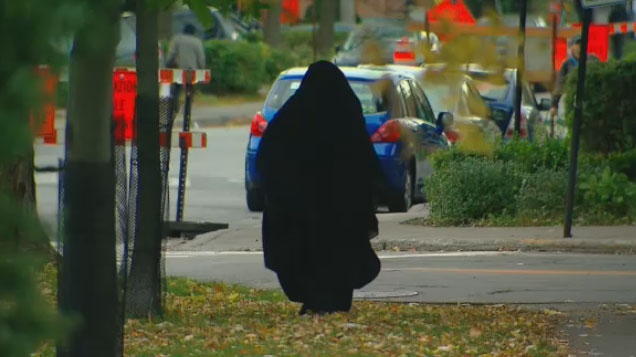 A new law in Quebec banning face coverings for anyone who receives or provides public services has some Muslim students reconsidering the idea of pursuing their education in that province.

The passing of Bill 62, which would prohibit anyone wearing a face covering from receiving a provincial or municipal service such as public transit, has sparked a strong public backlash.

Amid criticisms that the controversial bill uniquely targets Muslim women, Prime Minister Justin Trudeau has even opened the door to federal intervention.

Regardless of any future legal challenges, some students say the passing of the bill has already changed their perception of a province they'd once considered moving to in pursuit of post-secondary education.

They say the new law makes them feel as though Muslims are no longer welcome in the province.

They also fear the legislation would make it difficult to access basic services that are key to student life.

Batool Suleman, 17, said Montreal's McGill University was high on her list of school options as she prepared to pursue a degree in chemical engineering.

Since the advent of Bill 62 on "religious neutrality," however, she said her enthusiasm has cooled considerably.

"That's scary," she said of the law. "How can I, a citizen of Canada, not be allowed to go somewhere just because of a piece of cloth?"

Suleman, who wears a hijab, said she's already felt some anti-Islamic sentiment on past visits to the province in sharp contrast to the welcoming atmosphere she enjoys in her home town of Toronto.

She said she fears the bill, which the Quebec government said has broad popular support within the province, will only compound that feeling.

Suleman also foresees practical barriers to studying in Montreal if the bill is allowed to stand. She fears both transit and library services would be off limits to Muslim women who cover their face, adding both services are vital for students living on a tight budget.

The Canadian Federation of Students agreed, issuing a statement condemning the bill and its impact on those who are already studying in Quebec.

"Islamophobia cannot be tolerated in Canada," the statement reads. "...The Canadian Federation of Students remains steadfast in this position and will continue to support those who organize against xenophobia and bigotry across this country."

Bill 62, which the provincial government has said is aimed at enhancing public security, requires anyone providing or receiving provincial and municipal public services in Quebec to uncover their faces.

Justice Minister Stephanie Vallee originally said the law would oblige people riding a bus or the subway to do so with their faces uncovered for the entire journey. She later backtracked, however, saying only those whose fare requires a card with photo ID will need to uncover their faces upon boarding public transit and that they can put the veil back on once they've been identified.

Members of the provincial legislature voted 66-51 in favour of the legislation, with both major opposition parties opposing it on grounds that it did not go far enough.

Opponents are pushing for rules prohibiting officials such as teachers and police officers from wearing religious symbols on the job, as well as an explicit ban on "accessories of submission" including the Islamic chador, burka or niqab.

Suleman does not wear any of those garments, but fears for friends and relatives that do if Quebec continues down the same path.

Those fears are also prominent for Farah Mikati, 15, who said her longtime ambition was to attend McGill's prestigious law school after completing undergraduate work in Toronto.

Bill 62, however, has changed her plans.

While she wears no religious garments of any kind, Mikati said she can't support a province that would deny members of her community the same rights she enjoys.