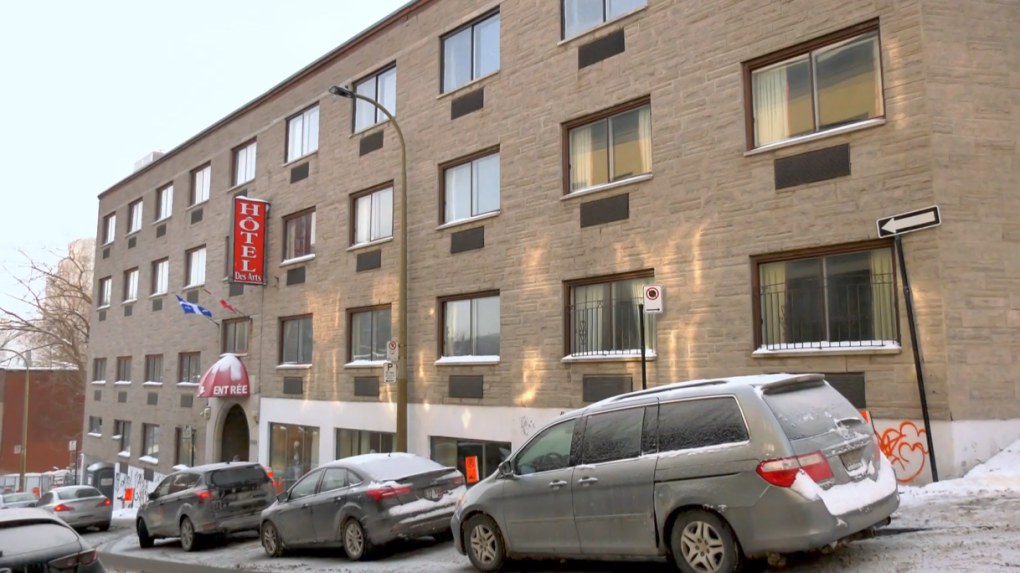 Projets autochtones Québec (PAQ) opened its new shelter for Indigenous people who are homeless at the Hôtel des Arts in Montreal on Friday, in the company of Mayor Valérie Plante and the Minister responsible for Aboriginal Affairs, Ian Lafrenière.

The shelter, located in the Quartier Latin, will be able to accommodate 50 people at a time and will be open 24 hours a day, seven days a week, said Heather Johnson, executive director of PAQ.

"It keeps people off the street when it's cold in the morning," she told a news conference.

In addition to single and couple rooms, users will have access to laundry facilities and will receive three meals a day.

"There will be no limit to how long they can stay," Johnson said.

Psychosocial workers, a nurse, and a security team will be present at all times to respond to the needs of the clientele. "The idea is not to keep people here ... it is to accompany them in their search for housing, work," she said.

The event was held outside, right next to the shelter, in a heated tent set up by the city. The warming tent will serve as a supervised consumption site, where it will be possible to drink alcohol or smoke cannabis safely.

"Some people live with severe alcohol addictions," said Johnson. "They need to drink every few hours or they risk severe withdrawal symptoms."

Indigenous people are "overrepresented in the homeless population," she recalled, explaining that "it is often people who have experienced intergenerational trauma."

This report by The Canadian Press was first published in French on Jan. 21, 2022.

This article was produced with financial support from Facebook and The Canadian Press News Fellowships.