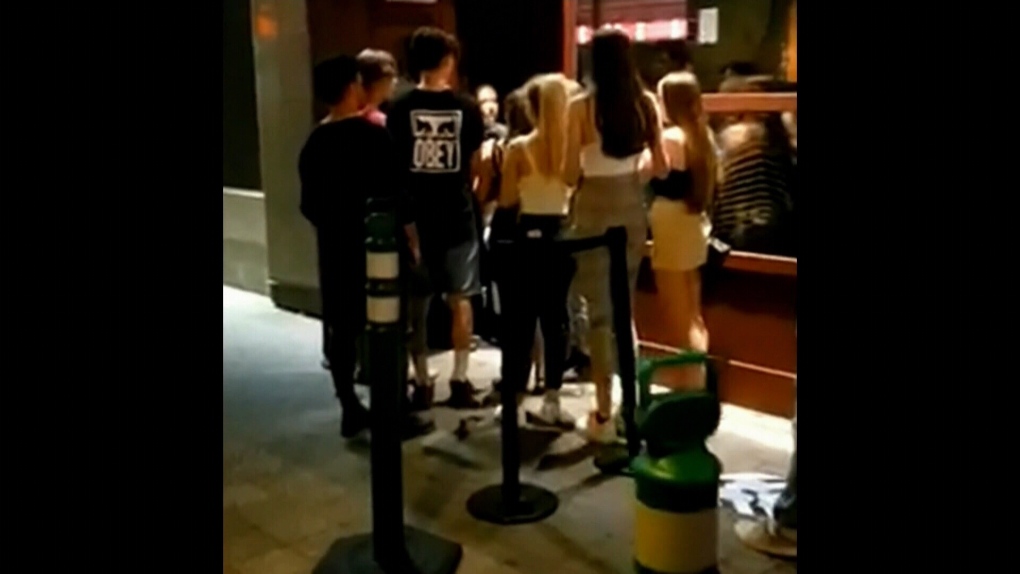 MONTREAL -- After a weekend of viral infections and a closed-door meeting on Tuesday, Quebec bars are expecting new written guidelines on Thursday.

“Do you serve at the tables or not? How many people can come in? What are they allowed to do?” asked Jean-Jacques Beauchamp, the CEO of the Quebec Bar Owners' Association.

“What are the rules that police are going to apply? We want it in writing.”

The meeting Tuesday—actually a teleconference—was between a small group of industry associations, the deputy minister responsible for public health and a representative from Quebec’s liquor board.

No one was happy after a weekend full of bad news about bars, particularly a COVID-19 outbreak in the South Shore that revolved around two house parties and a Brossard pub. Twenty people are infected, by the last count.

On Monday, Quebec Health Minister Christian Dubé threatened to crack down on bars and even close down the whole sector again if social distancing isn’t respected. Dubé said the province was working on a new set of rules.

But Beauchamp said part of the problem was that the existing rules aren’t clear. He said bar owners are happy to have a stricter regime if it will help them avoid surprise fines.

“Thursday, what I’m told is we might get a written document with rules that will apply to the industry—bars, restaurants, hotels, whatever,” he said in an interview with CTV News.

The discussion in the meeting, according to his recollection of it, highlights how difficult it can be to mix bar life with COVID-19 protection. For example, how do you enforce mandatory masks when people are there to drink?

“That is the question,” Beauchamp said.

“What I'm told is…when you enter or leave a bar, you will have to wear a mask,” he said.

“The only time you remove the mask is to drink your beer and eat what you have to eat. Put the mask on if you go about changing places [in the bar].”

Bar owners are also hoping the province doesn’t decrease their capacity very much. Right now, they’re allowed to operate at 100 per cent capacity, Beauchamp said, though patrons are supposed to maintain distance from each other.

The bar owners’ representatives agreed at the meeting to aim for a compromise of 75 per cent capacity, hoping not to go down to 50 per cent.

“You're still at 100 per cent expenses,” said Beauchamp, adding that lottery video terminals needed to be spaced out and had therefore been decreased, further eating into revenue.

He said that once the rules have been laid out, bar owners are hoping for a one-warning system, where they get a chance to clean up their act if police write them a citation.

After that, there should be strict enforcement, Beauchamp said.

“There will be a report made out. A notice to appear…you go to La Regie des Alcools, [who] might suspend or revoke your permit,” he said.

“So if you want to play games with the rules…I don't recommend that to any bar owner. You'll need a very, very good lawyer to get out of that.”