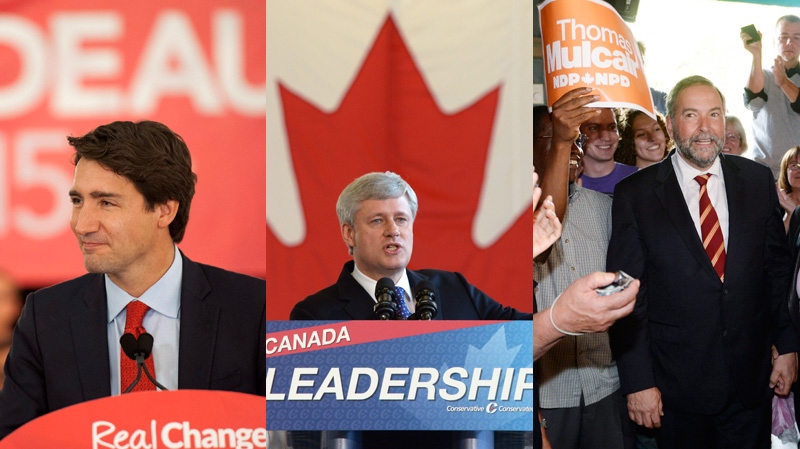 Justin Trudeau, Stephen Harper and Tom Mulcair are shown in this composite photo during events from the week of Aug. 10-14, 2015. (THE CANADIAN PRESS)

A new poll has the NDP in the lead when it comes to voter intentions in Canada.

The Leger poll conducted earlier this week found 33 per cent of respondents would vote for the NDP, the Liberals would come in second with 28 per cent of the vote and then the Conservatives with 27 per cent. The Bloc Quebecois came in last among the major parties with six per cent.

According to the poll, 28 per cent of Canadians believe Mulcair would make the best PM. In Quebec, that percentage shoots up to 43 per cent.

It also suggests a majority of Canadians (61 per cent) want a change in government, and a third of Canadians believe the NDP most embodies change.

And of the most important issues identified by the pollster such as helping middle-class families, maintaining public services and maintenance of infrastructure, most respondents said the NDP was the most qualified to handle them.