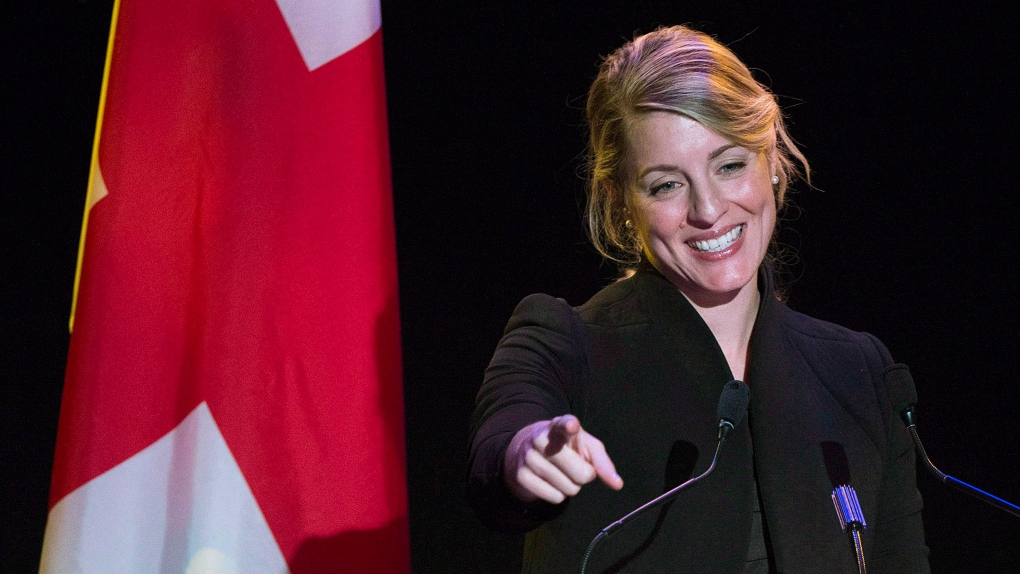 In this file photo, Melanie Joly speaks to supporters in Montreal on Nov. 3, 2013. (Graham Hughes / THE CANADIAN PRESS)

Melanie Joly, a former Montreal mayoralty candidate who wants to run for the Liberals in Montreal says she is "absolutely not" bothered by the fact she gave a $250 donation to a Conservative Party candidate in 2011.

Melanie Joly, who is seeking the Liberal nomination in Montreal's Ahuntsic-Cartierville riding, said the 2011 Conservative candidate Larry Smith was part of her business circle.

"I decided, along with many friends, to give him a small donation," she said. That's it. I gave to a human, to an individual, Larry Smith, who is someone who made a big contribution to Montreal."

Joly is considered a potential star candidate for the Liberals and became well-known in Montreal after finishing second in the city's mayoral race in 2013.

She maintains she "never had any ties with the Conservative Party."

Joly refused, however, to say if she had been approached by the Tories to run as a candidate for them.

Smith is a sitting Senator and former president of the Montreal Alouettes CFL team as well as the ex-publisher and president of The Gazette newspaper.

He resigned his Senate seat to run for the Tories last election but finished third-place and Stephen Harper re-appointed him to the upper chamber after the loss.

The only other political donations made by Joly have been to the Liberals, namely, to Justin Trudeau's successful Liberal Party leadership bid, according to the Elections Canada website.

The nomination vote for the Liberals in Ahuntsic-Cartierville is scheduled for Aug. 23.