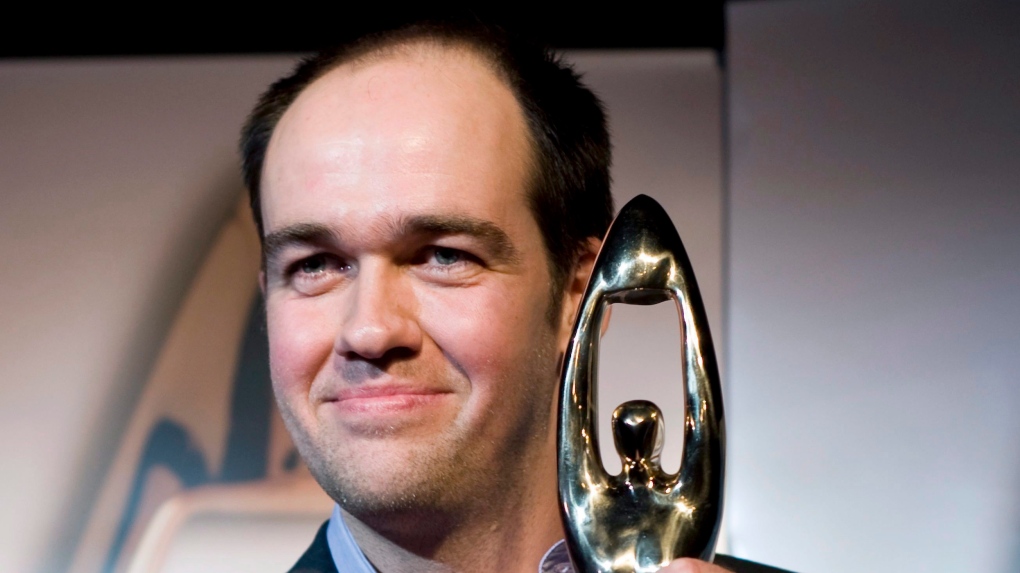 Comedian Guy Nantel plans to run for the leadership of the Parti Québécois. (THE CANADIAN PRESS/Graham Hughes)

Constantly on the attack against his opponents, he also pleaded that he was the only one able to get the party out of its marginal third party opposition status thanks to his personal appeal, citing the polls.

"Ask yourself who will have the best media exposure," he asked members who will vote in early October. "The latest Leger poll - which said that if I won the race, we we will be the first official opposition, and if my colleagues won, we remained third - is quite evocative."

From his opening statement, he attacked his opponents directly, MNA Sylvain Gaudreault, lawyer Paul St-Pierre Plamondon and historian Fredeéric Bastien, reproaching them for their positions.

"It's Mr. Nantel's lack of experience," Gaudreault said at a news conference after the debate. "I like the novelty, the credibility that Guy Nantel brings to independence, but in politics, you have to support the party you are running for."

He said we must recognize the good and bad moves of his party and also of other parties.

"I spoke from my gut," he said. "If we present ourselves as a leader, it is because we have a different vision... This is the truth that people expect."

He mocked Gaudreault by defining him as the "candidate of continuity," pointing out that the party has been in constant decline for years.

"If he's the next candidate, I don't know where we're going with this," said Nantel

The question of immigration thresholds divided the candidates. St-Pierre Plamondon, Bastien and Nantel attacked Gaudreault for not expressing a clear opinion on the number of immigrants that Quebec should receive.

If he became chief and then premier, Gaudreault would like to create an observatory that would propose different scenarios.

According to St-Pierre Plamondon, this is an "old recipe" that the population is wary of.

Bastien, who proposes to halve the number of immigrants received each year, appealed to Nantel by asking him: "I'm waiting for your figure."

The first debate took place almost a month ago and focused on the national question. The second debate was about equity and justice.

Members will be able to vote virtually between October 5 and 9. The results will be announced at the end of the last day of voting.