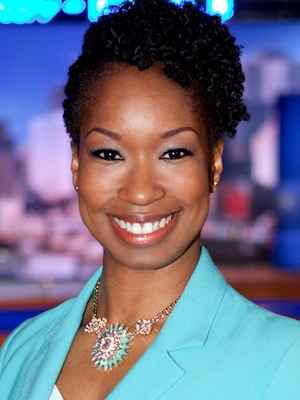 Maya Johnson has been reporting for CTV Montreal since 2005, where she began as a summer intern while studying journalism at Concordia University. Within weeks, she made the leap from researching behind the scenes to reporting on air, at the age of 21 – becoming the youngest reporter in the newsroom.

During her freelance days, Maya wrote for the West Island Chronicle and the Montreal Community Contact, a bi-weekly newspaper serving the city’s Black and Caribbean community.

After graduating from Concordia with distinction, Maya was profiled as an up-and-coming journalist in "Watch This Face", a feature in the Montreal Gazette. She spent a session studying Italian at the Michelangelo Italian language and culture school in Florence, Italy, before heading back to the newsroom where she continued to cover a wide range of hard news and human-interest stories until she was hired as a permanent full-time reporter in 2012. In 2016, she was named Quebec City Bureau Chief.

Throughout her career, Maya has covered breaking news across her home province – from the train derailment and explosion in Lac Megantic to the plane crash that killed former MP and political analyst Jean Lapierre in Iles-de-la-Madeleine. She was also sent to Ottawa to cover the shootings on Parliament Hill in 2014.

In 2019, she was nominated for the RTDNA Canada Dave Rogers Award (Large Market) for her report “Standing Tall, A Survivor’s Journey”, a look at the recovery of Aymen Derbali, one of the men who survived the Quebec City mosque shooting. In addition to reporting from Quebec City, Maya fills in at the anchor desk in Montreal.

Maya loves spending quality time with family and friends, listening to a wide range of music, and travelling – especially to Jamaica, the birthplace of her parents. She also enjoys a good read, collecting vinyl records and DJing for fun – mainly old school reggae!