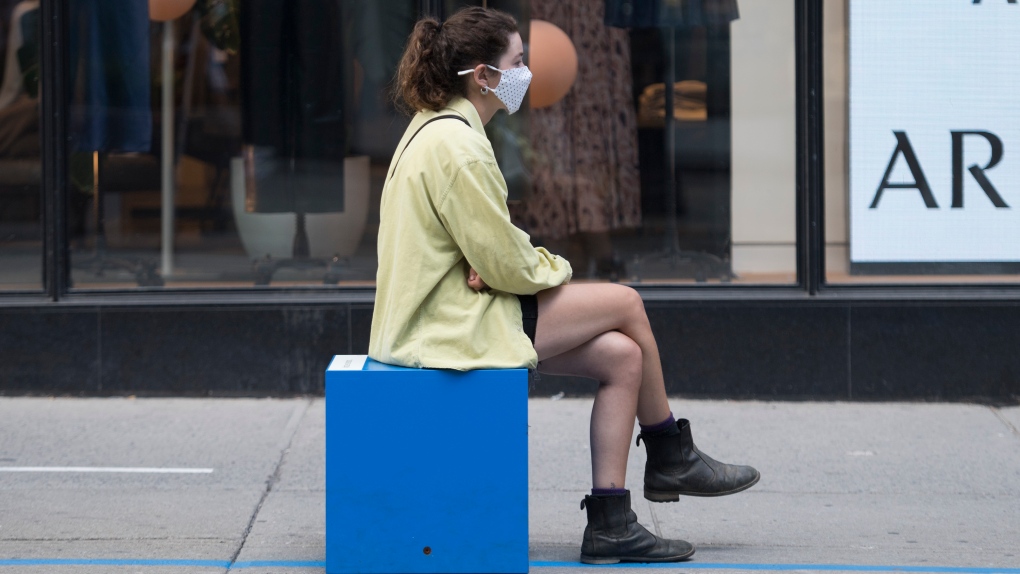 A woman wears a face mask as sits outside a clothing store in Montreal, Saturday, Aug. 22, 2020. THE CANADIAN PRESS/Graham Hughes

MONTREAL -- A new survey has found that the majority of Quebecers remain worried about contracting COVID-19 and have concerns about their children returning to school though there is a drastic divide between French and English-speaking Quebecers feelings on the subject.

The Association for Canadian Studies (ACS) survey in association with Leger found a slight rise in Quebecers' fears of contracting the novel coronavirus from 49 per cent in early May to 52 per cent Aug. 14-16.

Those surveyed in the rest of Canada were also more concerned going from 57 per cent to 63 per cent in the later survey.

There was a drastic difference, however, between the English and French-speaking respondents feelings.

In Quebec, 74 per cent of English-speaking people survey said they were "very" or "somewhat" afraid of contracting COVID-19 whereas just 46 per cent of French-speaking Quebecers answered the same.

With the Quebec government's back-to-school plans set to come into effect, 55 per cent of Quebecers (and 64 per cent of Montrealers) of the 90 parents surveyed are worried about their children going back to school.