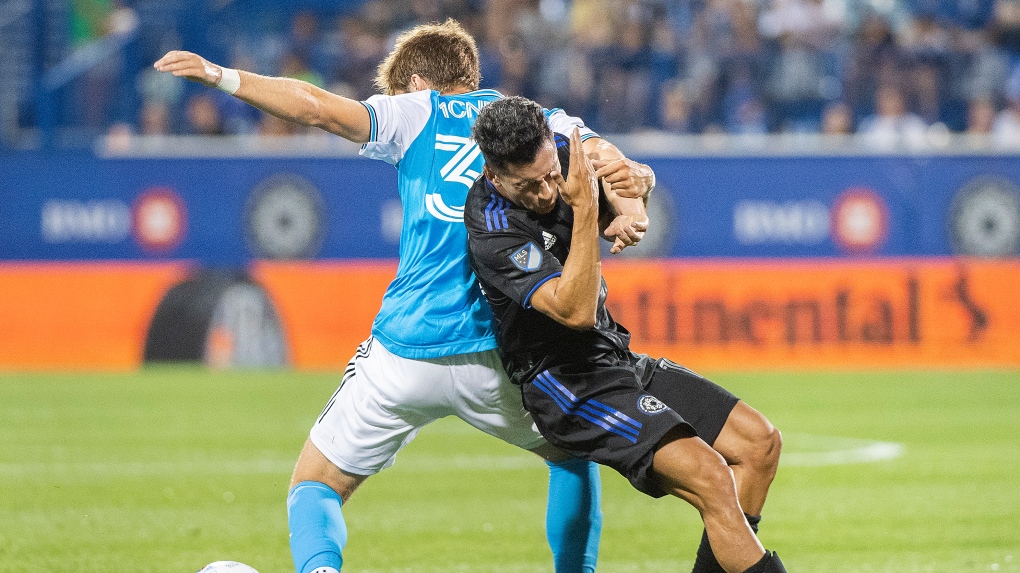 CF Montreal are back in the win column after beating Charlotte FC 2-1 at Saputo Stadium on Saturday evening, claiming second place in the Eastern Conference of Major League Soccer.

Montreal have made a habit of starting games at home incredibly strong and this one was no different, dominating the ball and forcing Charlotte back constantly.

It took Montreal only seven minutes to break the deadlock. Their first shot from Quioto’s found the bottom right corner, giving the hosts the lead.

It only took Charlotte three minutes to respond when a defensive mishap led to a simple tap in from a few feet out for Corujo.

The other side of that habit has been that — following their strong start — they would take their foot off the gas and invite opposing pressure. It was no different for this game as Charlotte appeared more than happy to run out the clock on the first half.

After the restart, Montreal seemed to find their tempo once again. Two minutes into the half, Quioto found Choinière — a halftime substitution — in space, who then launched a perfect shot into the opposite-side corner.

As Charlotte continued to push for an equalizer, their best opportunity came with seven minutes left. Karol Swiderski had two point-blank shots — one saved by Sebastian Breza and the other was launched over the bar.

Three points were not the only cause for celebration for Montreal fans as they also saw the return of Mason Toye who had missed the last 10 months with a series of injuries.

Both teams have mid-week games up next as Montreal travels to Seattle on June 29 to face the Sounders. Charlotte will return home to Bank of America Stadium and host Austin FC on June 30.

This report by The Canadian Press was first published June 25, 2022