Montreal road closures for the weekend of Sept. 21-22 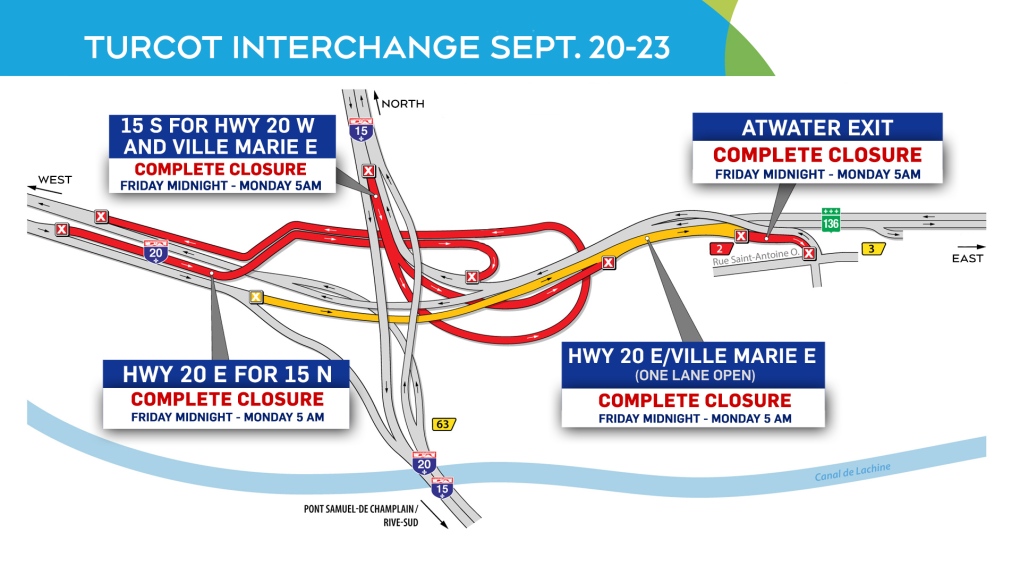 There will be some challenges this weekend driving through the Turcot Interchange, and around the city as the Montreal Marathon is on.

There won't be any access to the Ville-Marie or Highway 20 from the Decarie Expressway, and you won't be able to get to Decarie from Highway 20.

Here are the details:

Open towards the South Shore only, from Saturday 6 a.m. to Sunday 4 a.m. Then back to normal, one lane in each direction

Closures of the following exits:

Ste. Catherine St. and de Maisonneuve Blvd. at the corner of Clark St. will be closed along with St. Denis and Berri Streets.

The Sunday marathon and half-marathon will start just after 7 a.m. at the corner of Rene-Levesque Blvd. and St. Urbain St. and runners head east. Closures will happen on Hochelaga, Rachel, Ontario, Notre-Dame and Berri Streets and other smaller streets in the area.

For all the detours, visit the marathon site 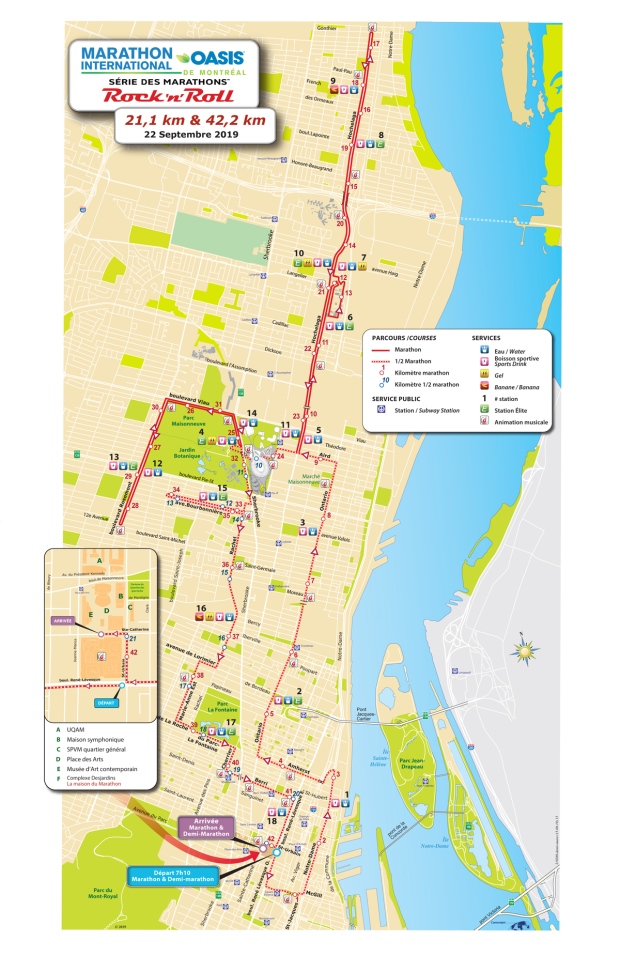 Paving and repair work is set to begin on Highway 25 between Longueuil and Montreal on Sept.23, including the La Fontaine tunnel. This work, carried out at night, seven days a week, will continue until the middle of November. About 15 partial closures and close to a dozen complete closures will be required in each direction. More details here

Also starting Sept. 23, a redirection will be set up on the Île-aux-Tourtes Bridge (Highway 40) between Vaudreuil-Dorion and Senneville until spring 2020.

In case of inclement weather, the closures could be modified or cancelled.

Check out Quebec511.info for current and upcoming roadblocks on the network.