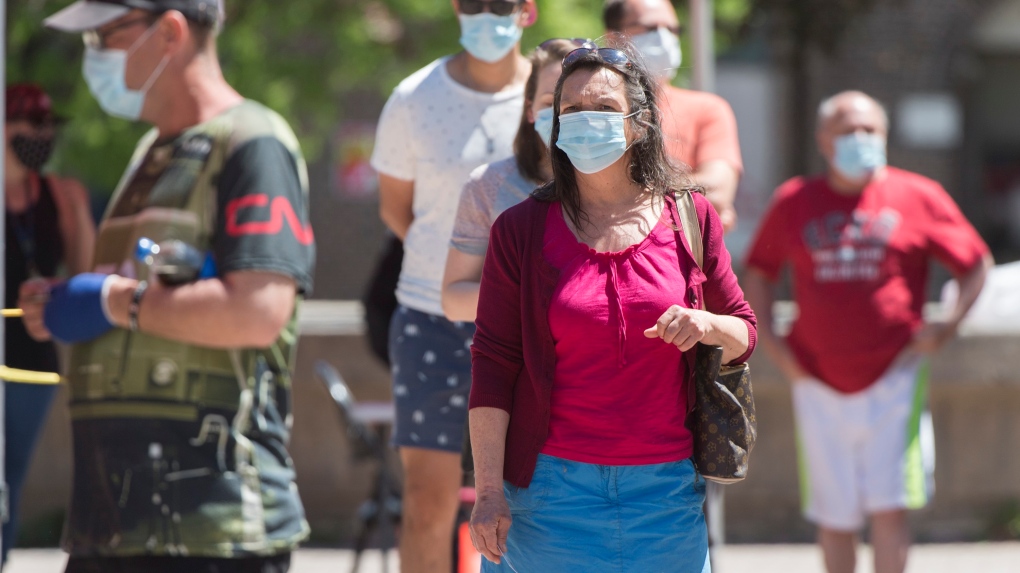 People wait to be tested for COVID-19 at a mobile testing clinic in the Montreal neighbourhood of Verdun, Saturday, May 23, 2020, as the COVID-19 pandemic continues in Canada and around the world. THE CANADIAN PRESS/Graham Hughes

MONTREAL -- Montreal public health authorities reported 29 new COVID-19 cases on Monday and six more deaths, bringing the city's total to 26,717 cases and 3,205 people who have died from the virus.

The daily increase in cases has not exceeded 100 since June 6, with 75 new cases and 10 deaths reported on Sunday.

Women have been more affected by the virus in Montreal, with 59 per cent of cases and 56 per cent of deaths. Health workers have been hard hit, with 20 per cent of overall infections.

Last week, every borough and linked city in the island reported a drop in new cases, with the exception of Plateau Mont-Royal, which saw a 15 per cent increase.

Cases in Montreal by age and region