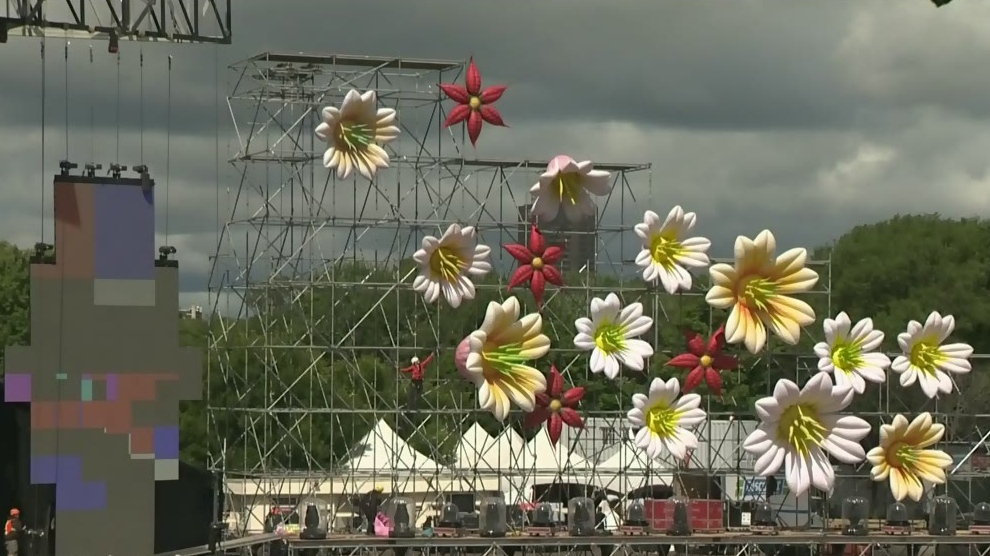 Those arrested were intercepted at the entrance to the site, police say, and never made it through the gates.

Of the 73 people, five were minors. Their parents were called to pick them up.

The adults who were arrested were released.

The arrests were for offences related to drug trafficking and consumption as well as for weapons-related offences.

Eight people were treated for being intoxicated, though police spokesman Cst. Raphael Bergeron could not say whether they were intoxicated by drugs or alcohol.

Police and concert organizers are on high alert after reports of drug overdoses and deaths at two music festivals in Canada this summer.

Two people died at the Veld music festival in Toronto while 13 more were hospitalized because they were using drugs that had been mixed with other substances.

Last weekend a 24-year-old Alberta woman died of a drug overdose at the Boonstock festival in Penticton, B.C.

The festival continues through to Saturday night.