Montreal makes a pair of trades to start new year 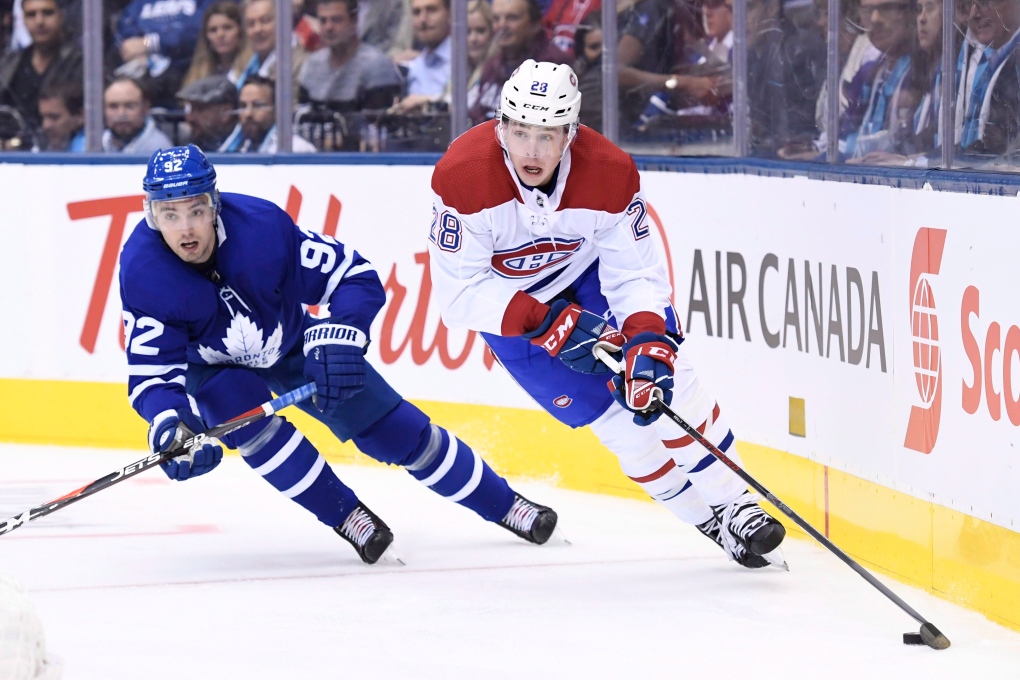 Defenceman Mike Reilly (28) is headed to Ottawa after the Habs swapped him for a pick and AHL forward. THE CANADIAN PRESS/Nathan Denette

MONTREAL -- The Habs made a pair of moves to begin 2020, as the team hopes to end a three-game losing streak tonight against the Tampa Bay Lightning.

In the team's first move of 2020, the Montreal Canadiens shipped Mike Reilly to the Ottawa Senators in return for a fifth-round 2021 pick and forward Andrew Sturtz.

The Canadiens have acquired a fifth-round pick in 2021 from the Ottawa Senators, and forward Andrew Sturtz, in return for defenseman Mike Reilly. Details to come.#GoHabsGo

Sturtz, 25, will remain in the AHL and suit up for the Laval Rocket. He played 14 games this season with the Belleville Senators and scored a goal and an assist.

Reilly joined the Habs from Minnesota in 2018 and has four assists and is a +2 plus/minus in 14 games with Montreal this season.

In the team's second move, the Canadiens welcomed defenceman Marco Scandella from the Sabres for a 2020 fourth round pick.

The 29-year-old, who is originally from Montreal, is the nephew of former NHLer Sergio Momesso.

The Canadiens have acquired defenseman Marco Scandella from the Buffalo Sabres, in return for a fourth-round pick in 2020 (acquired from the San Jose Sharks on June 22, 2019).#GoHabsGo https://t.co/uJEKDoyayl

Scandella, 29, played in 31 games this season with Buffalo and scored three goals with nine assists. He has a +9 plus/minus and averaged 16:36 minutes per game.