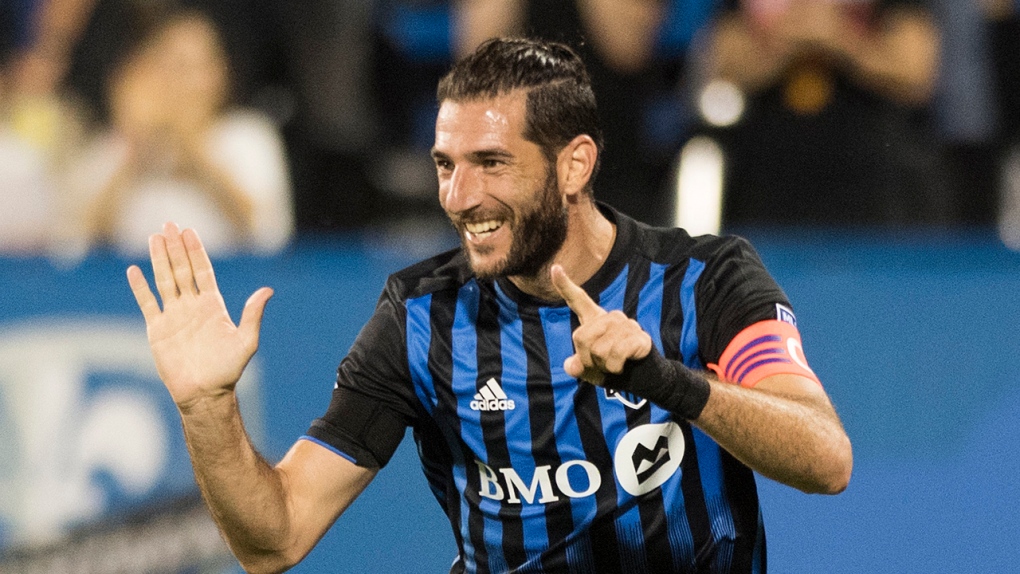 MONTREAL -- Contract negotiations between Ignacio Piatti and the Montreal Impact have taken a bizarre and unexpected turn.

A team spokesperson said the star midfielder met with Impact management on Tuesday morning and was told the MLS club intended to exercise the option on his contract for 2020 at the terms already agreed upon by both parties. That means Piatti would return to Montreal next season.

In a strange twist, however, Piatti did not confirm the team's claim because he slipped out of the Impact's training facility without meeting reporters, who had gathered for the annual end-of-season press conference.

Coach Wilmer Cabrera and 23 other players spoke before the team revealed Piatti already had left the building.

Last week, Piatti told reporters he "100 per cent" wanted to be back in an Impact uniform next year but that it was not his decision to make.

Piatti, 34, has been fairly forthcoming and generous with his time in recent years, so the Argentine's uncharacteristic behaviour on Tuesday figures to raise questions about his future after Montreal missed the playoffs for a third consecutive year.

It's possible the Impact want Piatti to return with the intention of trading or selling him in the off-season. Piatti made US$4.4 million this season, though the financial details of his option year have not been released.

Piatti has been a dominant figure since joining MLS in 2014. The designated player led the Impact in goals for three straight seasons. But three separate injuries kept him out of the lineup for 23 games this season. He scored three goals in nine starts.

"Nacho (Piatti) is an amazing guy," said fellow Argentine Maximiliano Urruti, who scored four goals in his first year with Montreal. "He's an amazing player. One day I texted him and said: `Nacho, come next year please.' And he said: `I don't know, maybe.'

"And after this, I'm going to Nacho's house to tell him to play with us next year."

The ongoing Piatti saga is not the only inconclusive file following a post-mortem that provided more questions than answers.

Coach Cabrera's status is also up in the air after a disappointing end to the season. Cabrera went 2-4-1 in MLS after taking over from Remi Garde in August.

The former Houston Dynamo coach admitted he was faced with a difficult task when he took over a slumping Impact side riddled with injuries. The 52-year-old said he would be thrilled to be back next season.

That decision falls to Renard and Gilmore in the coming weeks.

"Everyone involved with the club is trying to take decisions slowly to make sure what is coming is the best way possible for the club moving forward," said Cabrera, who will spend time with family in his native Colombia during the off-season. "I'm not worried about my future to be honest with you.

Cabrera or his successor will need to quickly solve Montreal's current goalkeeping conundrum. Veteran Evan Bush was the team's main starter for two straight seasons until Clement Diop complicated the equation this year.

The 26-year-old Diop was spectacular in the Canadian Championship, leading Montreal to its first title since 2014. Diop rode that momentum to MLS, starting the Impact's final two games of the season.

Diop, whose contract is expiring, intimated he would return to the Impact if he could get substantial playing time. Bush still feels the starting role is his to lose.

"I never looked at it any other way than coming back and helping this club," said Bush, who conceded a career-high 59 goals in the league this season. "There's value in my experience and what I can bring to the team.

"I have no reason to believe otherwise that I'll be here. I consider myself a very important part of this team still."

Several other players have contracts that expire at the end of the year, including Samuel Piette, Bacary Sagna, Daniel Lovitz and Rod Fanni.