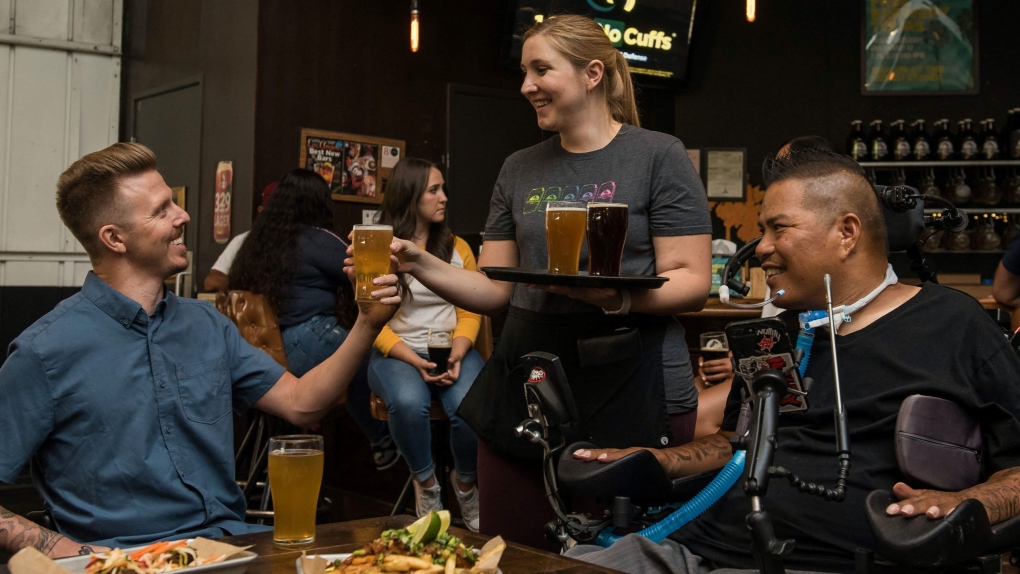 It's no secret that working with the public can be tough and stressful on a good day. Whether the job is in a restaurant, bar, or retail outlet nearly every employee has experienced some kind of abuse.

We asked people who work in those industries to share some of their stories. Their names have been protected out of concerns for career repercussions.

"I have been working as a cashier since 2017 and there are so many stories that I could choose from," wrote Sharon, in an email to CTV News.

During the pandemic, a very challenging time for the sector, workers reported incidents of "incivility and harassment," to the Mental Health Commission of Canada (MHCC), which stepped up to help.

After consulting more widely with people in the industry in October, it became clear to those working at the organization that more needed to be done.

"One of the needs that they expressed was a greater understanding of how to implement the national standard for Canada for psychological health and safety in the workplace," said Liz Horvath, MHCC's manager for workplace mental health.

Since there were very few existing resources focusing on the hospitality industry, MHCC developed a guidebook.

"You can post it in your workplace, it's got links and QR codes," so people can access advice quickly, said Horvath.

The mistreatment of workers ranges from verbal denigration and harassment to physical abuse.

Sharon was among several who shared their tales.

"A customer came to my cash asking to return something," but the store's policy didn't allow him to return it, Sharon wrote.

"When I didn't budge on my answer he decided to throw the opened package at me. I was so frazzled by the situation that I went straight to our back store and stayed there until my manager had to basically walk him out of the store," she said.

Another day a customer insulted her appearance. "(She) felt it necessary to tell me that I should fix my face and stop eating chocolate while I was going through an Accutane treatment for my acne," she said.

Some told us they assume everybody working in these industries has had bad experiences.

"I'm SO glad I no longer do - wonder which is 'worse.' the flirty pervert stories, or the getting things thrown at me stories," said Stephanie. "Impossible to decide."

"I've had someone bite my arm when I took his plate away, someone else flick all of the ice out of their glass all over the table," wrote Christine, adding she was also yelled at by a customer for saying bonjour/hi.

Lin wrote in on behalf of her two teenagers, 15 and 16, who both work for a major fast-food chain in Montreal.

One customer sent a complaint to the restaurant about "that 'Indian waitress' who isn't even Indian," Lin said.

"My daughter has also had drinks or orders thrown back at her if there's something wrong with the order," and some diners start "yelling."

"It's adult customers who really should know better. These teenagers go to school full-time, work part-time…need to deal with management who put pressure on them to work more hours since they're understaffed," she said.

"I can't believe grown adults act like this with such entitlement."

Sarah wrote, "employers generally treat you worse than the customers do."

WHERE DO I GO FOR HELP?

When customers don't appreciate their dedication it can be frustrating. But when they dish out rude comments, "microaggressions," and "harassment," it's unacceptable and unhealthy, she said.

She recalls an interaction with a customer that marked her at the time when she worked as a server and a bartender.

"This one man paid the bill, and then grabbed my hand, and wouldn't let me go and asked me if I wanted a tip, and then told me to get a real job," she recalled.

"I was working six days a week, 12 hours a day, as a single mother taking care of my child. And he tells me to go get a real job. And I had to just smile," Horvath said.

In her case, a manager went to see the customer and told him to leave and never return.

"It was just a beautiful demonstration of leadership that made me feel safe in my workplace," she said.

Today, she suggests workers find out where they can go for help in their workplace, whether it's for help with an incident in progress or with their mental health.

"Do we have benefits? Do we have an EAP program? Or is there something out in the community that I can reach out to like Wellness Together Canada, to get help," she said are some of the questions to ask.

"There might be a panic button there. But are they feeling okay to use that panic button?"

The Retail Council of Canada has published a resource guide for workers that can be downloaded from their website.

Training appears to be a key issue. Workers and managers need to be taught how to de-escalate conflict, said Horvath, adding that too many managers, especially young managers, lack training to do their jobs effectively and supportively.

"Many times in service industries, managers are put into situations where they're managing other people without having had training on how to manage other people."

She said there are free online tutorials available that can help managers learn how to "keep their stress under control," and treat their employees with "empathy."