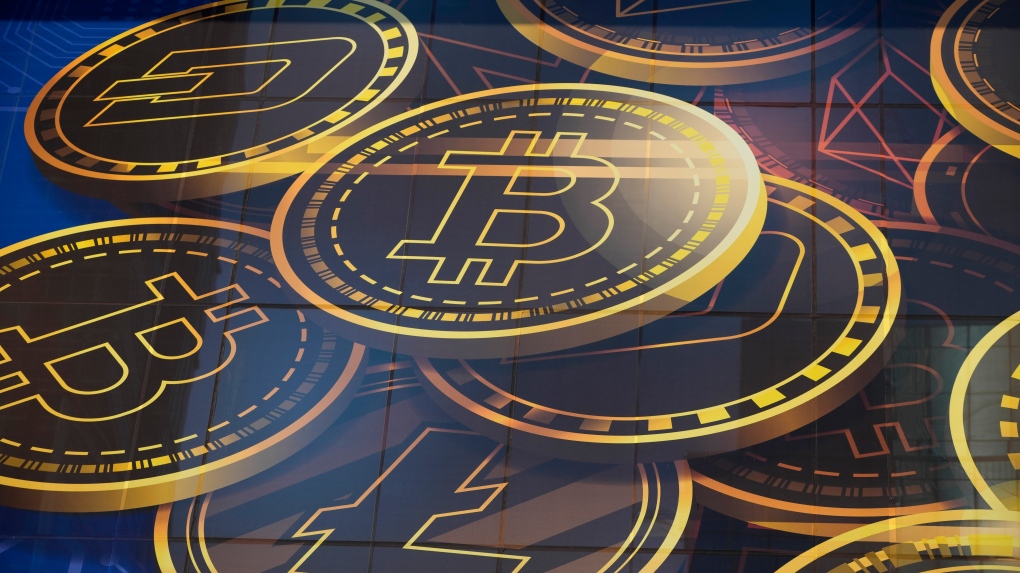 An advertisement of Bitcoin, one of the cryptocurrencies, is displayed on a building. Loto-Quebec is considering ways that cryptocurrencies can be used as payment options in the Crown corporations casinos, gaming rooms and elsewhere. (AP Photo/Kin Cheung, File)

Loto-Quebec is mulling over whether its customers could one day make their payments with cryptocurrency, but the Crown corporation doesn't have any concrete plans for that yet, said its president and CEO Jean-Francois Bergeron.

He said cryptocurrency's place in Quebec's gaming world is part of a broader thinking about payment methods, such as Apple Pay, he said during an exchange with Steeve Lavoie, the president and CEO of the QCCC.

"The payment experience is now part of the thinking that organizations that have to interact with consumers are thinking about and putting a lot of effort into," said Bergeron.

The thought process is still in its infancy, and Bergeron admitted he is clear on the role cryptocurrency could play in Loto-Quebec's services.

"We're just having a hard time figuring out how we're going to control this currency like we do with all the other global currencies," he said. "I would tell you that the sheet is much more white than not white right now."

Bergeron was not available to answer questions after the presentation.

CLOSED FOR A THIRD TIME

With the Omicron variant, Loto-Québec's facilities are in their third period of closure. The company was on a roll before the most recent closure was announced in December, Bergeron said.

While the shutdowns are a drain on revenues, Loto-Quebec has been able to adapt its operations during the pandemic, the head of Loto-Quebec's said.

"Our reopening 'number two' was a hell of a lot better than 'number one,'" he said. "So we've adapted. We're much more resilient."

The Montreal, Charlevoix and Lac-Leamy casinos, as well as the Quebec City and Trois-Rivières gaming rooms, will open their doors on Feb. 28. However, the Mont-Tremblant casino will have to wait until March 3 before it can reopen.

"The alternation between opening and closing periods has been hard on employee morale, while Loto-Québec has been forced to make temporary layoffs," said Bergeron. "You're already affected by the pandemic, but you're also affected in terms of your job and your income."

The uncertainty could affect employee retention, but the executive points out that working conditions for "several shifts are still good."

"When you're faced with the closure of your employer three times a week, you might think, 'Well, maybe I'll go work for an employer who might be less exposed to that impact," he said. "So far, fortunately, they've all come through and we're very happy about that."

opinion | Don Martin: An Alberta storm is brewing as Danielle Smith is set to become premier