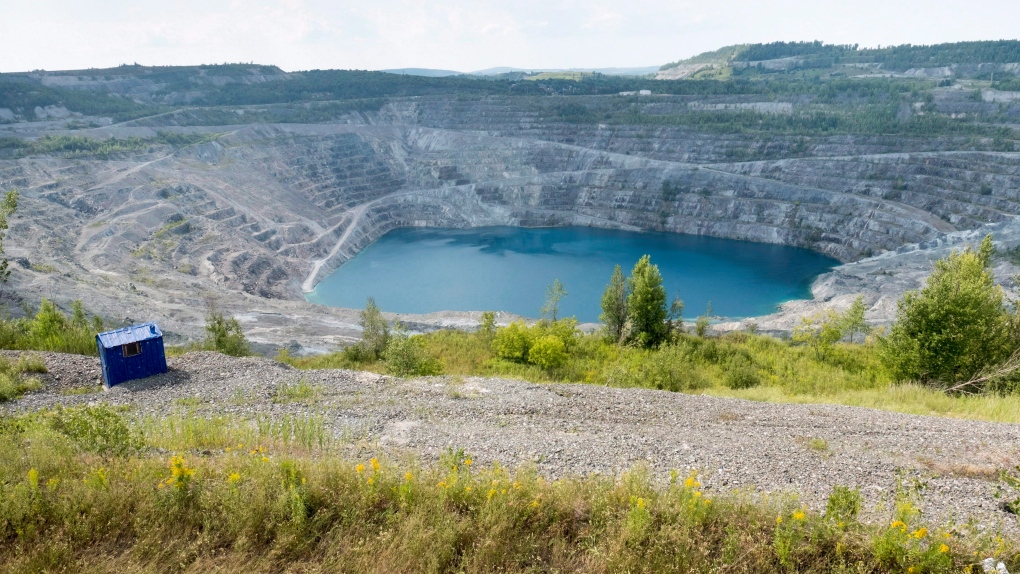 The open pit of the now closed Jeffrey mine is seen Wednesday, August 10, 2016 in Asbestos, Que. THE CANADIAN PRESS/Paul Chiasson

MONTREAL -- The town of Asbestos in the Eastern Townships will soon announce names that have been selected for residents to choose from.

During a press briefing on Monday at 10:30 a.m., Mayor Hugues Grimard will reveal the names retained in the municipality's name-changing process, as well as the date and the details of the vote.

The town of Asbetos, however, is asking the media not to publish the names until 6:30 p.m. which is when Grimard will announce them at a city council meeting.

The vote was initially supposed to take place in April, but the COVID-19 pandemic caused delays.

Until recently, the municipality was in discussions with the ministry of municipal affairs and housing about the details of the vote.

Asbestos had announced citizens would be invited to vote, through a ballot, on a short list of names proposed by city council in order of preference. The municipality had also specified the names -- and the fact that citizens could vote on them -- would be announced at the same time, a month before the vote would take place.

On Nov. 27, 2019, the city council announced the launch of the name-changing process following reflections on the city's economic future. It wants to rid itself of the negative connotation of its name, which, in English, is the name of a carcinogen substance.

Founded in the late 19th century near the Jeffrey mine, the city helped make Canada one of the world's leading exporters of asbestos. For decades, asbestos had been used in the manufacturing of many materials, but is now banned in several places around the world due to the risks it poses to human health.

The cost of the name-change process has been estimated by the city of Asbestos at approximately $100,000.

This report by The Canadian Press was first published Sept. 11, 2020.