Liberals have 'knife between their teeth' to win next election, says Anglade 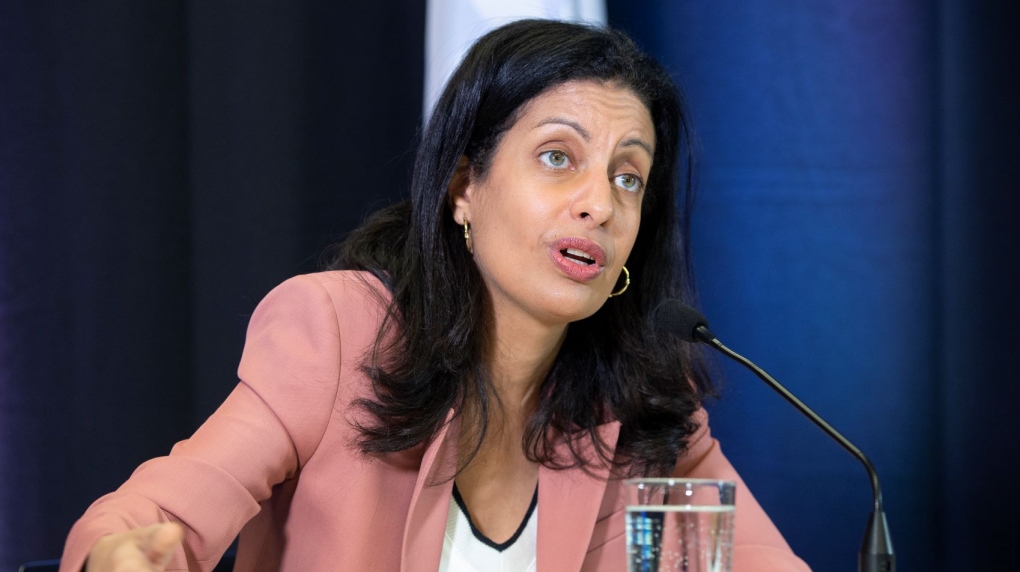 The Liberals have 'the knife between their teeth' to win the upcoming October election, Liberal leader Dominique Anglade said Tuesday.

She held a morning press conference before a virtual caucus meeting to prepare for the parliamentary session, the last before the October election.

The most recent polls are not encouraging for the Liberal Party, but the leader claimed that "hundreds of people have raised their hands" to run for office through a special online site.

"If you ask them, it's 'knife between the teeth to get to the next election,'" she said.

An expression that brings bad luck?

She used an expression that has already had an unfortunate echo for another leader of the official opposition.

In 2007, the PQ leader André Boisclair had used this image, the knife between the teeth, to illustrate the desire of his members to win: but the PQ had suffered a beating by finishing third.

This witty remark did not serve him well, since the outgoing Liberal premier, Jean Charest, ironically replied: "Let's hope he doesn't get hurt."

The QLP has launched a site to recruit people to run for the Liberal nomination in the ridings.

The site has a slogan that says, "It's time to unite all progressives."

The QLP wants to recruit progressive candidates and be seen as being well positioned on the left, after years of cuts to achieve a balanced budget under the Couillard government.

"I know that this is a new process, it is an approach that was not implemented in the past, but it is necessary in the redefinition of our political formation," she said.

She did not want to specify the exact number of people who have expressed interest and limited herself to indicating that it was "several hundred" people.

Anglade also justified her decision to withdraw from the weekly meetings of opposition leaders with Premier François Legault to discuss the management of the pandemic.

She said that this formula is simply not working and the government is not cooperating.

"When things aren't working, you have to say so," she said. "Nothing is coming out of these meetings."

Her proposals for rapid testing and ventillation in schools have gone unheeded, she said.

"Nothing has come of it, they [the government] pretend to collaborate, but there is no real collaboration."

This report by The Canadian Press was first published in French on Jan. 25, 2022.