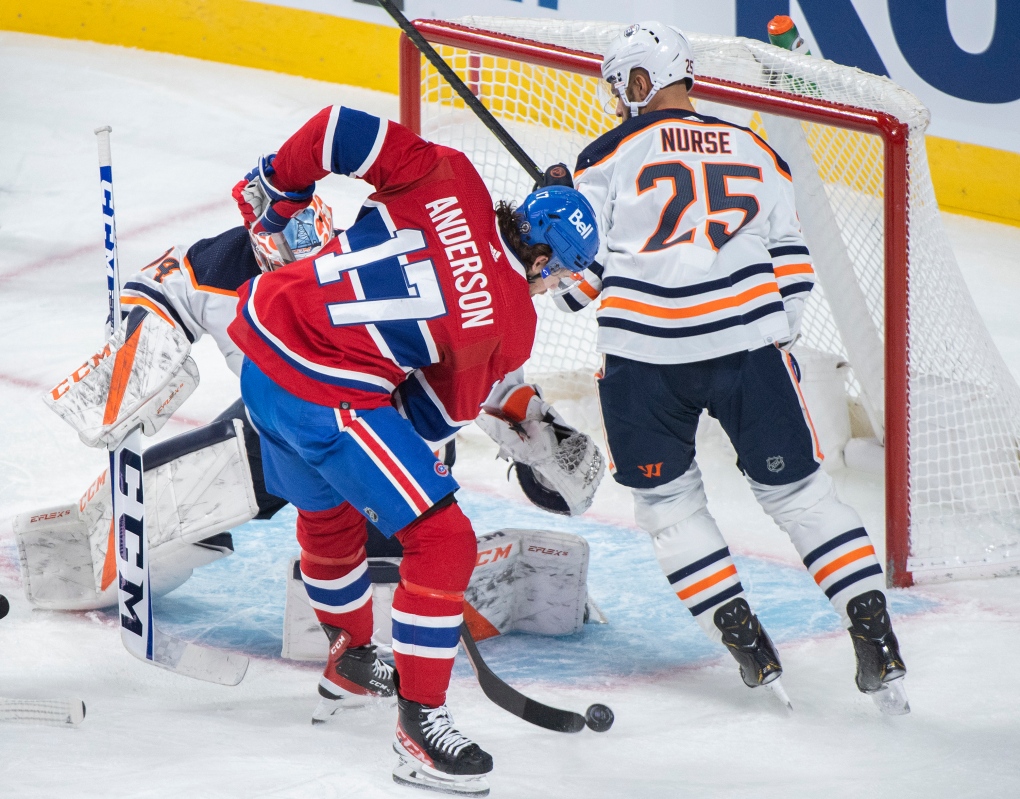 The Montreal Canadiens were never a match for the high-powered Edmonton Oilers on Saturday night at the Bell Centre, which ended with a 7-2 loss.

Samuel Montembeault, making his first start since Jan. 20, gave up six goals on 16 shots. Cayden Primeau came on for the Tricolore early in the third period and did well with seven more saves.

It was the eighth time this season that the Habs have used more than one goaltender in a game — a season high in the NHL. All this while Carey Price watched the game at the Bell Centre after skating for about 10 minutes earlier in the day at the Bell Sports Complex in Brossard. It’s still unclear if he will be able to make his return to the game this season.

Josh Anderson and Tyler Toffoli rattled the ropes on the power play for the Canadiens (8-28-7), who suffered their fifth straight loss.

Zach Hyman and Leon Draisaitl — twice each — Evander Kane, Ryan Nugent-Hopkins and Derek Ryan added to the score sheet for the Oilers (22-16-2).

Stuart Skinner picked up the win after turning aside 20 shots. The 23-year-old goalie was playing in his 12th game this season and 13th career NHL game.