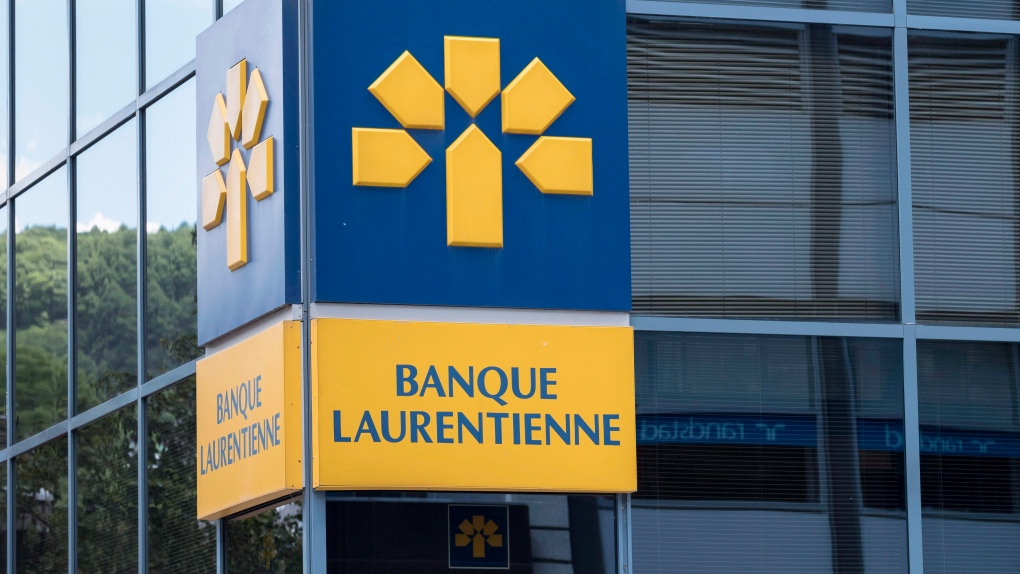 The Banque Laurentienne or Laurentian Bank logo is pictured, in Montreal, on Tuesday, June 21, 2016. (THE CANADIAN PRESS/Paul Chiasson)

MONTREAL -- Laurentian Bank Financial Group's chief executive says the company will double down on its residential mortgage business as part of a deep review of the bank's business.

"We are on track to deliver our new strategic plan, including Laurentian Bank value proposition and vision for the future, by the end of the year," said Rania Llewellyn, who took over as chief executive at the end of October.

"In the near term, one opportunity that has surfaced as a high priority for the organization is our residential mortgage business. While the industry has been experiencing growth over the past 12 months, we have not benefited from it."

Llewellyn said on Tuesday the bank will try to simplify the customer and broker experience around mortgages going forward. The bank's announcement came after the Quebec Professional Association of Real Estate Brokers said on Tuesday that residential sales in metropolitan Montreal fell in February for the first time in six years.

The bank said it has acquired some residential mortgage loans from third-parties, and has also seen growth in commercial real estate lending.

"It's increasingly clear that the long-term impact of the pandemic will have far reaching effects. It has changed the way we work and live and the expectations of customers and financial service providers," Llewellyn said.

Shares of the Montreal-based bank rose more than nine per cent by midday on the Toronto Stock Exchange after Llewellyn discussed the firm's first-quarter results with analysts.

In a statement, Llewellyn attributed the profits to "a strong performance in capital market activities, the resumption of growth in commercial banking and our strong cost discipline."

In a research note from National Bank of Canada Financial Markets, analyst Gabriel Dechaine wrote that the better-than-expected profits came from credit and revenue, despite "pretty weak" loan and deposit growth.

Revenue totalled $247.4 million, up from $238.7 million in the year earlier quarter, amid higher prepayment penalties on residential mortgages, and lower service charges and Visa card sales during the pandemic.

Laurentian Bank's provision for credit losses edged higher during the quarter, as many of the big Canadian banks last week cut theirs in a show of optimism around the economic recovery. The provision for credit losses totalled $16.8 million for the quarter up from $14.9 million a year earlier, due to a rise in allowances on impaired commercial loans.

"While there is optimism related to vaccines, there are also concerns surrounding new variants. To mitigate this uncertainty, the bank continues to maintain healthy liquidity levels," said Llewellyn.

Llewellyn told analysts on Tuesday that the "cost discipline is here to stay" at the company.

"The work-from-home environment in the pandemic has really proven that there is an opportunity for us to build hybrid working arrangements, which will also create cost-optimization opportunities in terms of looking at our real estate footprint," said Llewellyn.

- This report by The Canadian Press was first published March 3, 2021.