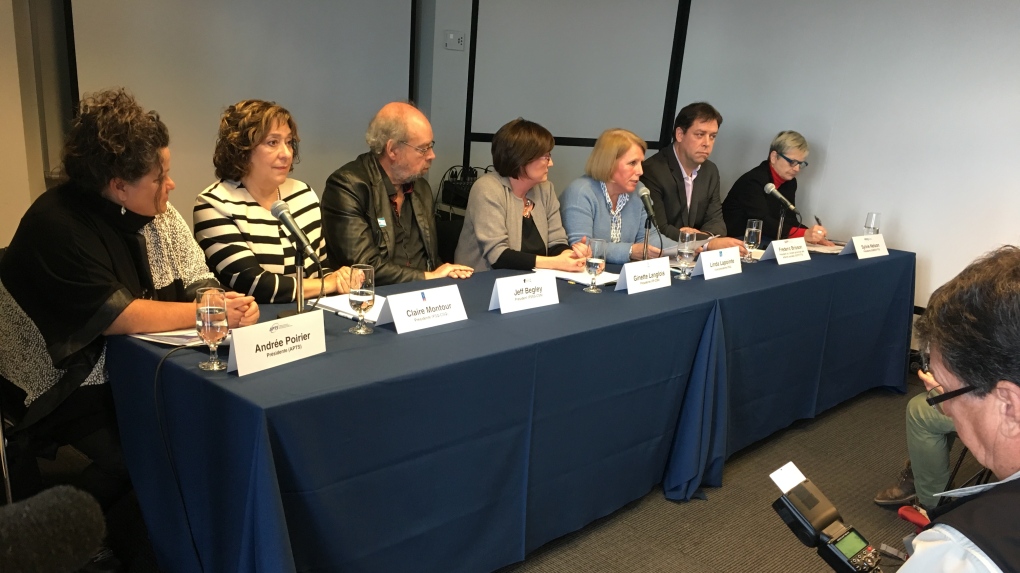 The Quebec government said Thursday it would hike wages for all public sector workers by seven per cent over five years, with extra measures for groups it considered a priority, including health care attendants and teachers.

Those groups would see a two per cent increase per year over three years, and 1.5 annual hike for the next two years, for a total of nine per cent.

Treasury Board President Christian Dubé presented the government's offers to union representatives in the public and parapublic sectors on Thursday as part of the negotiations to renew collective agreements of some 550,000 public workers.

In a press release, Dubé called it a "reasonable offer consistent with the priorities of our society," arguing that the union's wage demands would have endangered the finances of the state.

The offer also includes a lump sum payment of $ 1,000 to any employee with effective work performance as of March 31, 2020 and who has reached the maximum in the salary scale on that date, the government states.

The CSN union, which represents some 150,000 public sector workers in various fields, said it is insulted by the offer.

"The government has missed the opportunity to recognize the value of the work done by staff in the network," said CSN vice-president Caroline Senneville, who is responsible for public sector bargaining.

"Government employees have made a significant contribution to cleaning up Quebec's finances in recent years. Their valuable contribution to the proper functioning of Quebec institutions, despite the impoverishment they have suffered since the 1980s, is still not recognized. The salary gap of 13.2 per cent of all Québec government employees compared to other Quebec employees is not about to be corrected with these shocking and indecent offers," SPGQ president Line Lamarre said in a statement.