Hockey fans: Catch a PWHPA game this weekend - and then skate with the pros 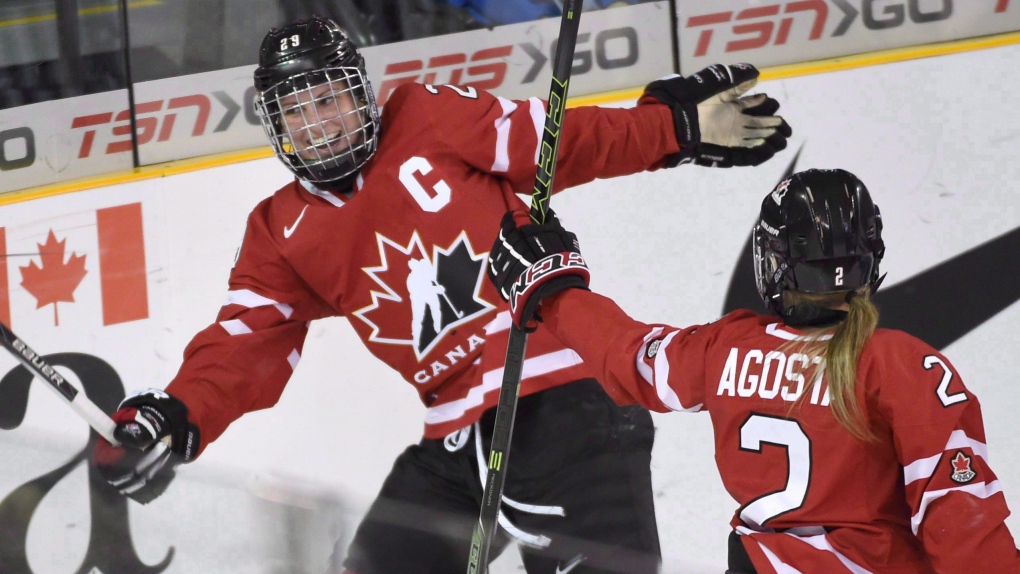 Canada's Marie-Philip Poulin will be among the notable hockey players in Boisbriand Oct. 12 for a game featuring the game's best. (Ryan Remiorz / THE CANADIAN PRESS)

MONTREAL -- On Oct. 12, some of the best hockey players in the world will converge for a Professional Women’s Hockey Players Association game just north of Montreal.

The PWHPA formed after the Canadian Women’s Hockey League (CWHL) folded just after the 2018-2019 season.

Mélodie Daoust, PWHPA member and Team Canada forward, put the PWHPA’s goal quite simply: “we want to keep women’s hockey at the forefront and be able to be there for the next generation, so that they can make a job out of it.”

Over the past few months, players have been travelling with the PWHPA’s “Dream Gap” tour, which features a series of showcase games. The goal is to close the gap between what boys and girls can achieve in professional hockey.

“It’s been pretty amazing” says Team Canada captain and PWHPA member Marie-Philip Poulin, “we were pretty scared about this year [with the folding of the CWHL], but being able to put these showcases together and play, it was kind of like we were kids, so much excitement.”

The tour travelled to Toronto, New Hampshire, and will soon hit Chicago.

On Oct. 12, PWHPA players will head to the Boisbriand Arena and face off in a showcase game with puck drop set for noon. The game is in collaboration with the Association de Hockey Féminin des Laurentides and the Mistral des Laurentides team.

Knowing the impact that the Canadian Women’s team has on young girls around the country playing hockey, Poulin said it only made sense for the PWHPA to team up with a minor female league.

“The community from La Ligue Féminin des Laurentides have been a big part of women’s hockey, and we wanted to be able to create something there,” said Poulin.

After the first PWHPA game in the province, players will meet fans on the ice for a “skate with the pros” session until 3 p.m. while signing autographs, taking pictures, and chatting with fans. The event is open to all.

“It’s nice to see a smile on kids' faces when they walk in the rink and they’re just so happy to support women’s hockey, they’re are a big part of what we are trying to create,” says Daoust.

Tickets are $10, and anyone 16 and under can get in for free if they are wearing their own local youth hockey jersey.

Don’t forget your skates (and helmets).