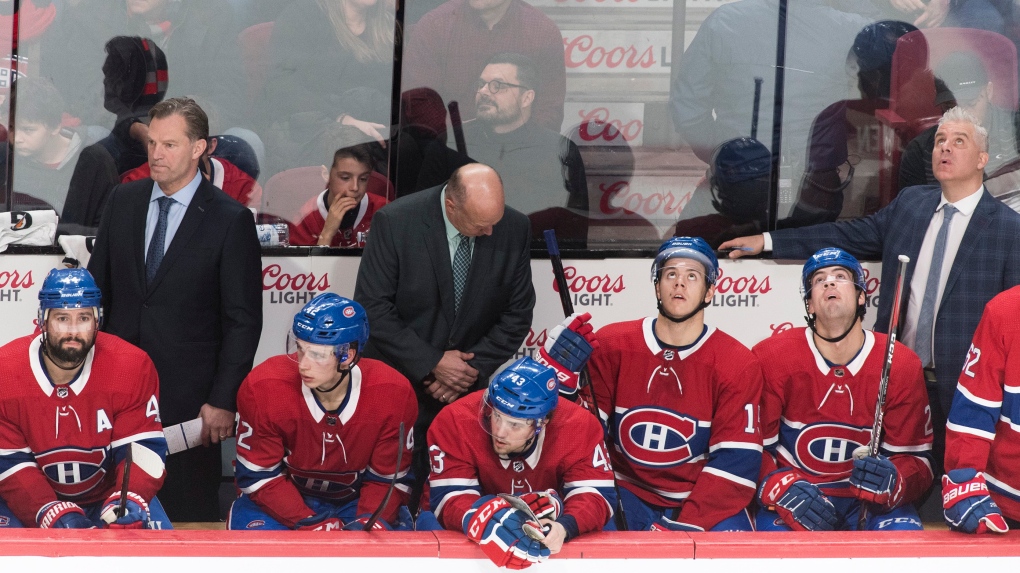 MONTREAL -- Montreal Canadiens head coach Claude Julien likened his team's effort Thursday against the Tampa Bay Lightning to the the feisty character of the team's most recent star to have been injured: Brendan Gallagher.

The Habs were undoubtedly the better team on the ice at the Bell Centre Thursday night, Julien said, but the Canadiens still lost 2-1.

"From beginning to end, the players worked hard, they fought and played with passion,'' said Julien after the game. "I would have liked a different result for them to be rewarded for their effort."

For the third time in less than a week, the Canadiens lost a key game against a division rival and the team's position in the playoff race is becoming increasingly precarious.

As much as the Canadiens played energetically on Thursday, it seems the team's best effort is not enough to win these days. In the absence of Gallagher, Jonathan Drouin, Joel Armia and Paul Byron, all injured, the Habs find themselves himself short of resources on offence.

Nick Cousins ​​found himself on the first line in place of Gallagher. He was also on the top power play unit, along with Jordan Weal. They did not have a bad night but are two low-cost players who are still trying to define their roles in the NHL in their mid-20s.

Rookie Nick Suzuki was Julien's most used forward against the Lightning. And while Suzuki had a strong game, placing the team's primary offesnive responsibility on a 20-year-old is likely not a sustainable strategy.

Cale Fleury, another rookie, noted after the game that he noticed during the national anthems that he was on a line with Victor Mete, and that Suzuki had Ryan Poehling by his side. Fleury and Mete are 21 years old, while Poehling celebrates his 21st birthday on Friday.

"If you can play in the NHL, it's good for young people who will have an important role in the future of the team (to be here)," said Fleury. "Even if you don't get a lot of playing time, you learn a lot by playing at this level."

Defenceman Jeff Petry said after the game that the key in the absence of so many offensive players is to stick together and not give opposing teams an inch defensively. The Canadiens did well on that front against Tampa Bay, with the Lightning's two goals being the result of a deflection in the crease and a blunder by Carey Price around his net.

"It was by focusing on defensive work that we got out the last time,'' said Fleury, looking back at the Habs' eight-game losing streak earlier this season. "We didn't give up much (Thursday). Now we have to score goals."

The Canadiens received defensive reinforcements Thursday, obtaining the services of Marco Scandella from the Buffalo Sabres.

General manager Marc Bergevin may have to shift gears by the trade deadline on Feb. 24 and go from buyer to seller. It will all depend on what the current players can do.