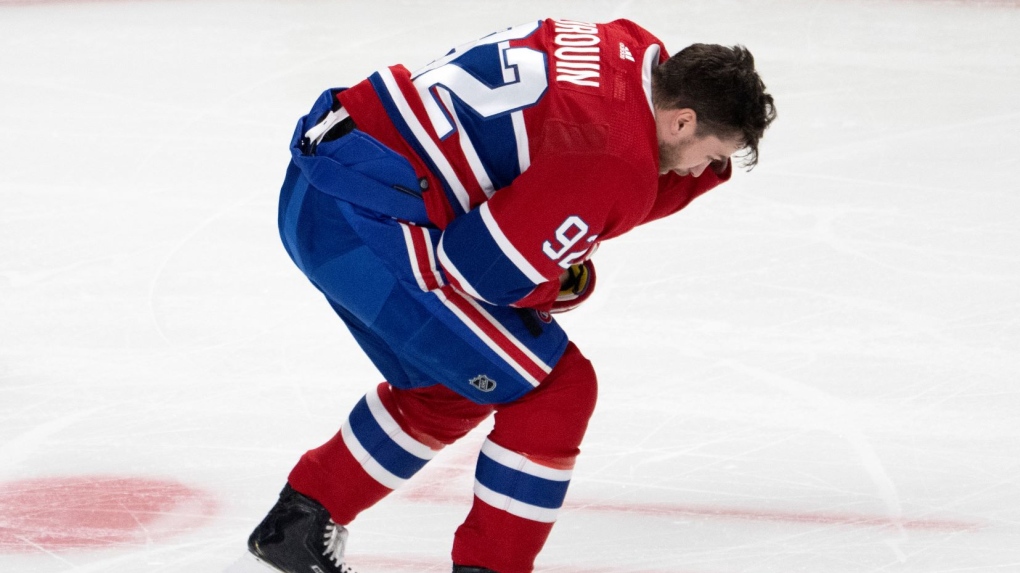 Forward Jonathan Drouin will be out indefinitely with a right wrist injury.

The Montreal Canadiens' vice-president of communications, Chantal Machabée, made the announcement at noon on Friday during an update on the team's injury situation.

It's not the same wrist Drouin had surgery on in November 2019.

Drouin, who has six goals and 20 points in 32 games, has not played since Jan. 20 in Vegas and has missed the Canadiens' last three games.

The Habs will also have to do without defenceman Joel Edmundson indefinitely due to a lower back injury. According to Machabée, progress is very slow and he is continuing his therapeutic work.

Dvorak's name has been placed on the injured list, but the Habs say it's not due to concussion.

In more positive news, forwards Cole Caufield and Joel Armia have completed their COVID-19 quarantine. Both players are travelling Friday and were expected back in Montreal later in the day.

The Habs play two games in as many days this weekend at the Bell Centre. On Saturday night, they will host Connor McDavid, Leon Draisaitl and the Edmonton Oilers. On Sunday night, the Columbus Blue Jackets will be the visitors.

- This report by The Canadian Press was first published in French on Jan. 28, 2022

The actions -- or more notably, the inaction -- of a school district police chief and other law enforcement officers has become the centre of the investigation into this week's shocking school shooting in Uvalde, Texas.

As Russia asserted progress in its goal of seizing the entirety of contested eastern Ukraine, President Vladimir Putin tried to shake European resolve Saturday to punish his country with sanctions and to keep supplying weapons that have supported Ukraine's defence.

Hydro Ottawa says the goal is to restore power to "the bulk" of homes and businesses by the end of the weekend as crews enter "the last phase" of restoration efforts.

A Hydro One spokesperson says some people living in remote parts of rural eastern Ontario could be waiting weeks to have power restored after last Saturday’s devastating and deadly storm.

New details are emerging after a 51-year-old Alberta man was arrested aboard a speedboat that U.S. authorities say was carrying 650 kilograms of methamphetamine between Washington state and British Columbia.