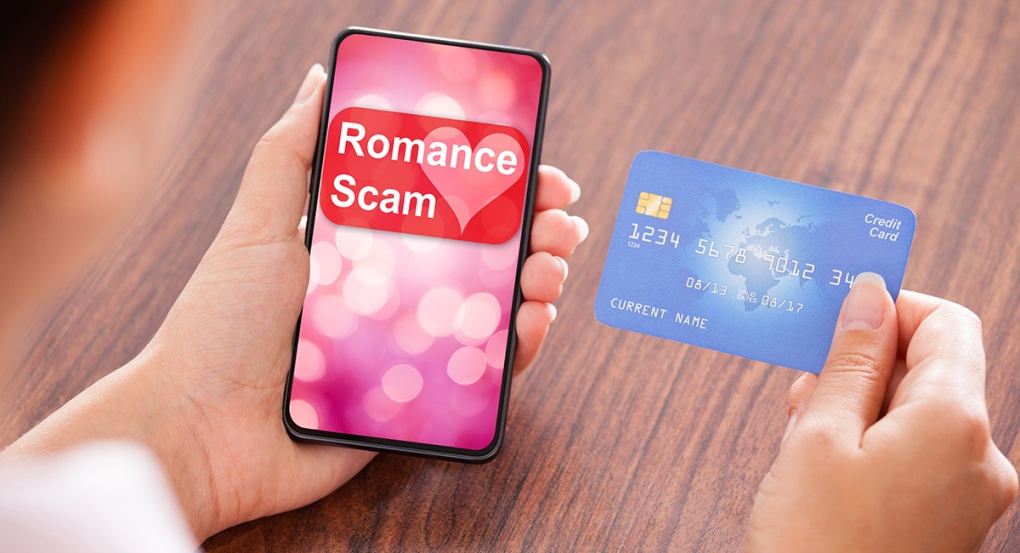 Authorities in Canada are using Valentine’s Day to remind the public that if the person you met online recently starts asking for money or to start investing in a new venture, that is a serious (non-heart-shaped) red flag.

The Canadian Anti-Fraud Centre (CAFC) issued an alert this month that romance scams were the second-highest source of fraud-related financial loss in 2021 and is urging people to be vigilant with online relationships.

Investment scams were the number one source of the most dollar loss related to fraud last year, according to the agency.

“The CAFC is also seeing an increase in the number of cryptocurrency investment scams linked to romance scams. These occur when the person you are in a virtual relationship with tries to get you to invest in cryptocurrency and will end up stealing your money or personal information,” the CFAC said.

That’s exactly what one Montrealer said what happened to him last year when he said he lost nearly $400,000 in what he believed was a romance cryptocurrency scam after striking up a relationship on Facebook Dating with a woman from China.

“It's a big thorn in my side and there are nights that I don't sleep. And I've had to see a psychologist,” the man told CTV News in an interview last November.

Canada’s anti-fraud centre, which is jointly managed by the Royal Canadian Mounted Police, the Competition Bureau Canada, and the Ontario Provincial Police, said Valentine’s Day is “also an opportunity for fraudsters to target Canadians looking for a relationship.”

“Moving closer to Valentine's Day, the CAFC is cautioning Canadians to be aware of scams and fraud. Romance scams are becoming more popular, with scammers using isolation from the COVID-19 pandemic to their advantage. In romance scams, a scammer convinces a victim to enter a virtual, online relationship. As trust and affection develop, the scammer then uses emotional leverage to request money or cryptocurrency, gifts, investments, or may send money to the victim to build further trust or engage the victim as a money mule. Looking for love online can be more expensive than you think!”

It’s a scam that has happened to so many Canadians, including Marilyne, a 75-year-old woman from Saint-Hyacinthe in the Montérégie region. She told Noovo Info that she lost nearly $550,000 to a man she met online who said he was in love with her. (Marilyne is a pseudonym in order to protect her privacy)

Her son noticed something was wrong when he noticed large amounts being withdrawn from her bank account, to which she responded she said she wanted to help a friend on a trip overseas.

She went to convenience stores multiple times to make payments to the man via Neosurf, an online payment method that is popular in Europe.

She kept receipts of the transfers under the false hope that he would pay her back as he said he would.

When reached by Noovo Info, the man, whom police believe is in Côte d'Ivoire, refused to answer questions about his relationship with Marilyne and where he is currently living.

It’s an important lesson that Canadians, particularly vulnerable citizens, need to be aware of with reports of romance scams rising.

The anti-fraud centre said there are ways people can protect themselves from scams.

People who believe they were the target of a scam or fraud can file a report online (Canadian Anti-Fraud Centre) or by telephone at 1-888-495-8501.