Almost all year long, Quinn Farm in Notre-Dame-de-l'Île-Perrot welcomes families from across Quebec to sample produce from its apple orchards, pumpkin patches and market.

Now the owners are opening their doors to new kinds of visitors on a more permanent basis – Ukrainians who have fled the war.

One new employee, Yaroslav Zahoruyko, is already on the job, having left Ukraine a week before Russia invaded.

He's now living nearby with his daughter and is putting the work experience he acquired back in Ukraine to good use in the fields. 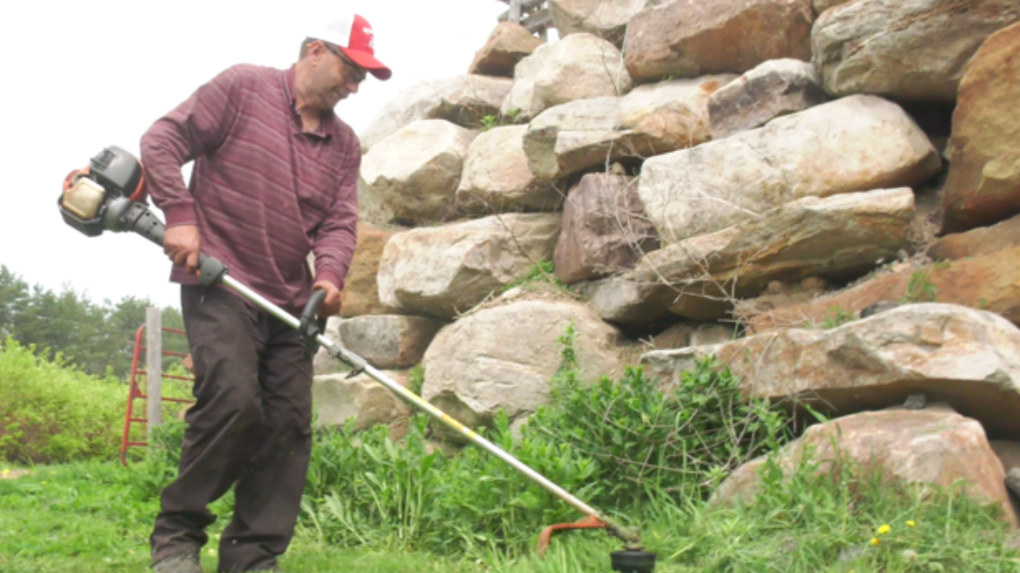 "This is his second day of work, so it's all very new, and we're figuring it out," said the owner of Quinn farm, Stephanie Quinn.

The Quinns were happy they could help Zahoruyko find employment, and thanks to technology, they've managed to find common ground, despite the language barrier.

"We're slowly trying to figure out how to communicate; there's a lot of Google Translate," Quinn said.

"We're trying to learn words in Ukrainian and he's really insistent that it's for him to learn the words in English so he can understand." 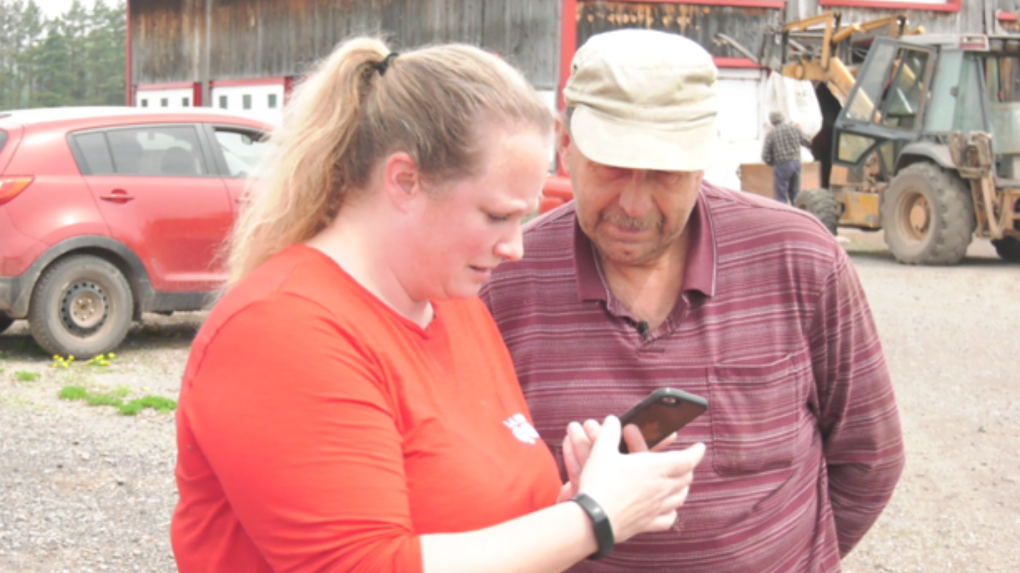 In many ways, the addition to the team is a win-win situation. Zahoruyko comes from a farming background, and the owners of Quinn farm have been finding it difficult to find employees with experience driving tractors.

And though their newest employee is looking forward to the end of the war so he can return home, Quinn Farm is offering him a safe haven for now.

"It is hard being away from Ukraine," Zahoruyko said. "We want to be at home. However, the war situation is making this necessary and we have to accept it."

Welcoming the new workers also allows the local farmers to feel as though they are helping in a meaningful way, and are living up to their family history since Quinn's grandmother fled England during World War Two.

Canada has pledged to accept an unlimited number of Ukrainian refugees, and the Quinns are preparing to receive a family at the end of June.

They've also helped find hosts for nine other families and are trying to find the additional resources they'll require.

"We're looking to hire someone for daycare because we all know there are waiting lists for daycare, and so to be able to get a job right away is difficult, especially when they don't have child care," Quinn said.

"Working for the family that hosts us is very pleasant and nice. We get treated like normal people. Canada is a very welcoming country," he said.

Rwanda to Germany: Canada to elevate small Commonwealth nations' concerns at the G7

Foreign Affairs Minister Melanie Joly says Canada will be bringing the concerns of smaller Commonwealth nations to the G7 leaders in Germany Sunday, particularly the growing threat of famine.