MONTREAL -- The federal government is reminding Canadians about some great holiday gift ideas hidden among the items it seizes at the border or doesn't need anymore.

Cars, snowmobiles, board games, shoes, electric bikes, and even scrap rubber are available for purchase through an online auction managed by Public Services and Procurement Canada. 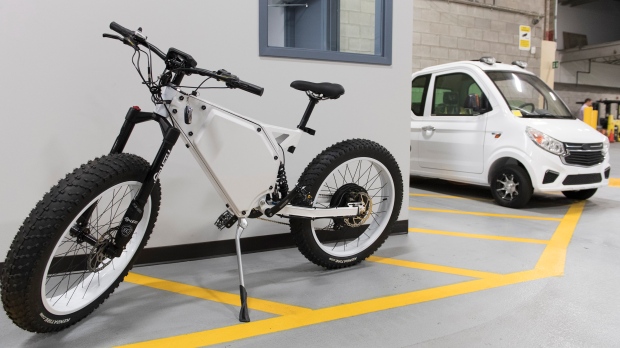 An electric bicycle and car are shown for sale at a GCSurplus warehouse in Montreal, Tuesday, December 3, 2019. THE CANADIAN PRESS/Graham Hughes

The department offered a tour on Tuesday of its Montreal warehouse, one of eight across the country that are filled with surplus and forfeited items waiting to be placed under a Christmas tree.

Nicholas Trudel, director of the specialized services sector of PSPC, said the purpose of the auctions are to make money for the government and to divert as much as possible from landfills.

"We packaged lots here for gifts for kids, knowing there is demand this time of year," he said inside the warehouse, as a forklift operator buzzed behind him, moving stock around the floor.

PSPC laid out a table full of goodies inside a warehouse office, upon which sat new items still in their packaging such as a Nerf gun, a PlayStation 4 gaming console and a Star Wars toy. 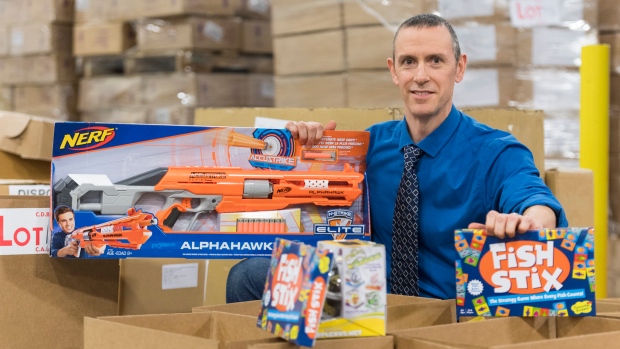 Many of the items are seized at the border, Trudel explained, for "all kinds of reasons" -- often the duties weren't paid or the business that was going to receive it went bankrupt.

Border guards determine which items are suitable for sale, he said, and auctions are held at gcsurplus.ca throughout the year, not just during the holiday season.

Trudel said 40 per cent of the department's sales are from used vehicles -- some which were used for emissions testing and are high-end. Many others, he said, are service vehicles that have outlived their use.

"The RCMP has a very large fleet of vehicles," Trudel said. "They don't want a fixer-upper. They want something operationally sound. When they declare it surplus they let us know and we sell it on their behalf."

PSPC sometimes has ambulances for sale that were used on military bases, or Coast Guard vessels, he said. Along the warehouse wall was a Bombardier Sea-Doo Challenger 2000.

Just don't expect a tank or any weapons to be available for sale, he said. "We don't sell controlled vehicles like tanks or armoured vehicles. We wouldn't sell firearms or drugs or alcohol to the general public."

Trudel said in 2018, PSPC sold about $72 million worth of surplus and forfeited goods.

"The program, nationally, cost around $11 million -- it is a program that is a revenue generator for the Crown," he said. "But that's excluding the costs of buying the stuff. It's a way to offset costs."

This report was first published by The Canadian Press on Dec. 3, 2019.