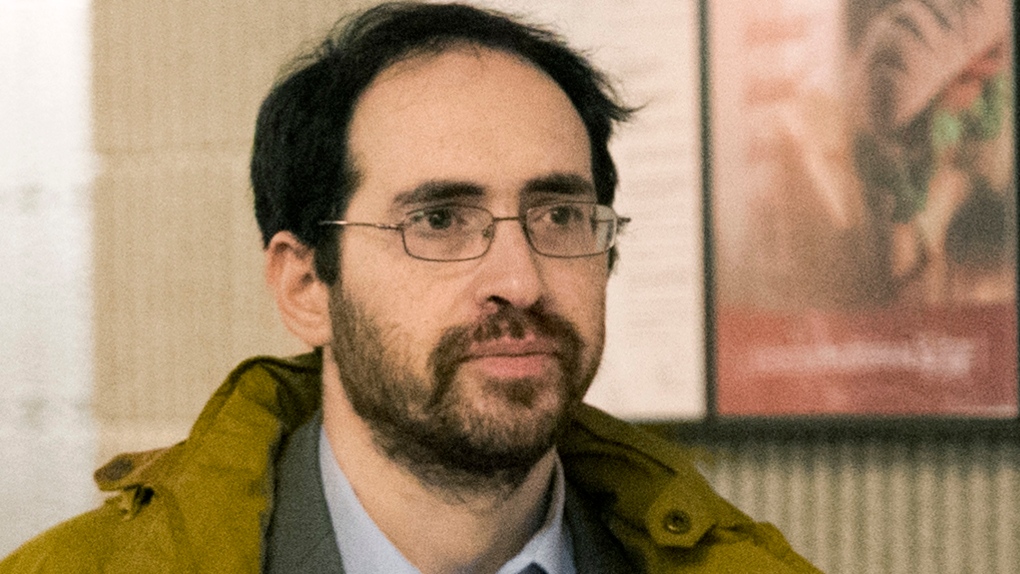 MONTREAL -- Boisbriand, Que., is only about a half-hour drive north of Montreal. But to members of an ultra-Orthodox Jewish group who live in the off-island suburb, Montreal may as well be another planet, a former member told a courtroom on Thursday.

When Yochonon Lowen left the Tash Hasidic community 10 years ago, he spoke little English and no French, had never heard the words "science" or "geography" and had never spoken to a woman who was not a member of his family, he told Quebec Superior Court Justice Martin Castonguay.

Integrating into secular society was difficult, to put it mildly. It still is.

"It's hard, because you always feel like you don't belong here. You feel not only like you're in a different country, you're on a different planet," Lowen said under questioning from his lawyer.

The civil trial, which opened Monday in Quebec Superior Court, has cast a light on the education received by children in religious schools run by the Tash community, which Lowen said is notable even among ultra-Orthodox groups for its commitment to isolation.

Lowen, 42, and his wife Clara Wasserstein have filed legal action against the Quebec government, which they accuse of failing to ensure they received the education to which they were entitled.

They are not seeking damages but want a ruling declaring the province and several Hasidic schools violated provincial education laws, in the hopes of ensuring other children receive a standard education.

Lowen said his education in the Tash religious school, or Yeshiva, involved long hours of studying religious texts in Yiddish and Hebrew but no secular subjects.

In elementary school, or cheder, he said the only secular studies consisted of 45 minutes of English and some math, which was optional and offered for only half the year. Lowen said he opted out his second year after being told by his mother that "your soul is much more pure if you don't study any outside knowledge."

"I didn't even know the term, geography. I didn't know the word," he said.

"I didn't know the term science either, there was nothing."

After graduating, Lowen said he had to take English lessons in secret at a Jewish community centre in Montreal because he hadn't learned any in school and it was frowned upon to seek education from outside sources.

Currently, he doesn't have a job.

Wasserstein, for her part, testified on Wednesday that girls receive more secular education than boys, but that she was exempted from such studies at age 13 because it was deemed she already knew enough to communicate with outsiders.

The couple's lawyers have alleged that illegal religious schools continue to operate, and hundreds of students attend them under the government's nose.

On Monday, a youth protection agency employee testified that an educational assessment of boys in the Tash community launched in 2014 found that 280 of 320 were "educationally compromised," with most unable to write or communicate in English or French.

The situation improved markedly after the community agreed to make changes and legally register the children as home-schoolers, but by 2017 most remained below the level of their peers, she said.

Lawyers for the government and Tash have said the concerns expressed in the lawsuit no longer reflect the situation in the community.

On Thursday, a witness from the provincial education ministry told the court that recent legislative changes have given the government much greater leverage to ensure school attendance laws are respected.

Barbara Gagnon said Bill 144, which was introduced in 2017 and amended last year, contains a number of mechanisms to better identify and enforce cases of children whose parents are suspected of flouting the law.

She said there have been vast improvements in information-sharing between different government departments as well as among school boards and social services, which now work together to ensure children don't slip through the cracks.

David Banon, a lawyer for Tash, has said the community is in compliance with the law after reaching an agreement with a local school board allowing the children to register as home-schoolers.