English-language anti-racism ads to be remade: Quebec says it will cost $20,000

MONTREAL -- The province plans to spend around $20,000 to reshoot a series of anti-racism ads after they were pulled from YouTube and TV following criticism they were anti-anglophone, a government spokesperson confirmed.

The 15-second ads were part of a campaign from the Quebec government to raise awareness of racism and to promote inclusion.

“A group of young Black people gathered in a park at night are called: Friends,” reads a narrator in one the videos as five people are seen mingling near a park bench after dusk. The video ends with the text: "Put an end to prejudice."

But in the French version of the same ad, “Friends” was translated as “des amis québécois,” which, to some, implied that the people in the English video were not considered Quebecers.

Rosalie Tremblay-Cloutier, a spokesperson for Benoit Chaette, the provincial minister responsible for the fight against racism, told CTV News the ads will be redone but the $20,000 figure is just an estimate since the exact amount hasn’t been ironed out. The new ads are expected to be published in a matter of weeks. 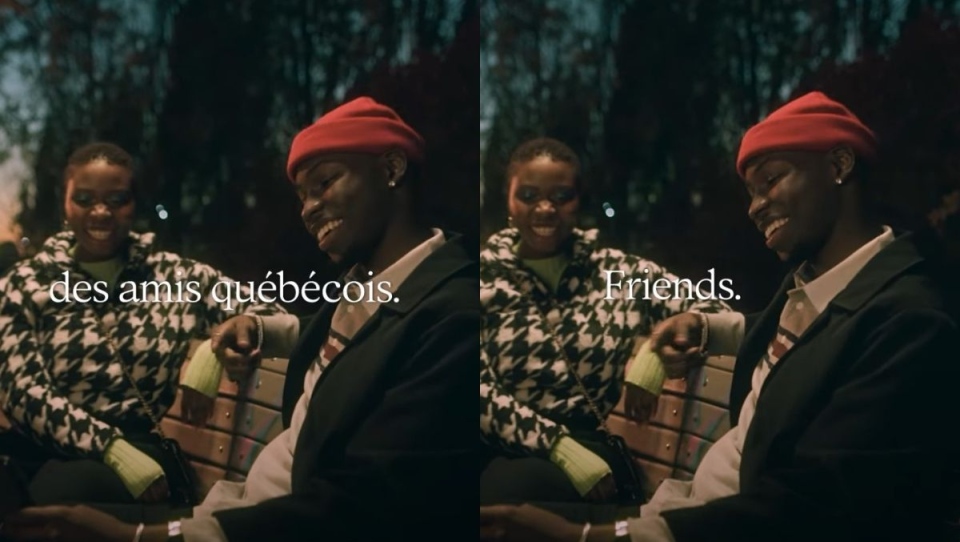 The Quebec government is facing criticism after releasing a new anti-racism ad campaign that, in the English-language version, omitted the word "Quebecois." (Screenshot/YouTube)

The videos were produced by the HAVAS ad agency, which has offices worldwide, including Montreal and Toronto. The contract for the ads was $1.2 million, part of the overall $3.5 million budget for the anti-racism campaign over three years, according to Tremblay-Cloutier

“The company was pre-qualified following a public tender. It was selected for the racism campaign because of its expertise in this type of campaign,” she said in an email.

Quebec’s point man for the anglophone community, MNA Christoper Skeete, admitted the ads were “unacceptable” and that it wasn’t the intention of the government to offend English speakers.

However, the videos were signed off after an internal government review, according to Tremblay-Cloutier.

“The ads are always reviewed by the responsible sectors and communications teams within the government before they are released,” she said.

Skeete said earlier this week that the government was quick to fix the mistake and that all Quebecers are welcome, regardless of their language.

"I’m a little bit disappointed that the launch wasn’t what we hoped for but let’s not forget … the amazing message that’s behind that,” he said Monday.

“We want to fight racism and that we’re serious about fighting racism in Quebec so let’s just hopefully come back to that message which has been lost with this minor setback.”

The videos came out in response to one of the 25 recommendations from the Groupe d'action contre le racisme report called "Le racisme au Québec : tolérance zéro," which was published last December.