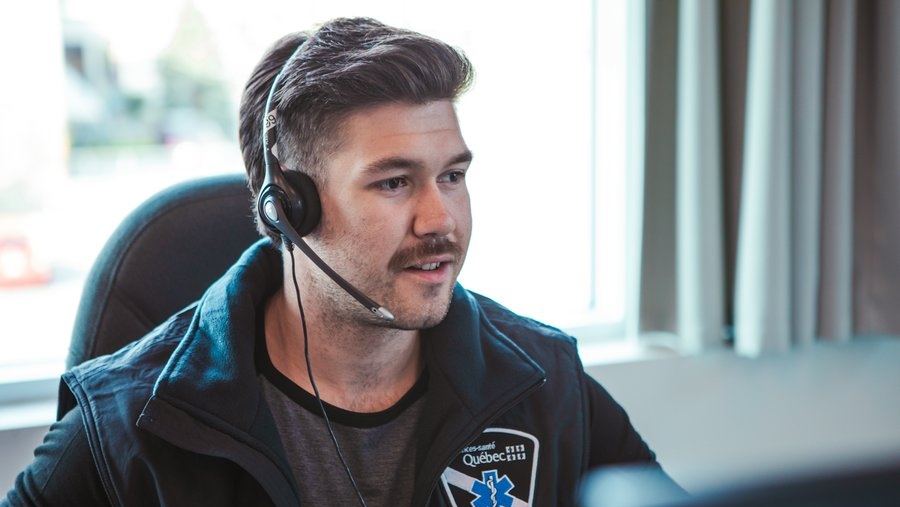 Emergency medical responders in three regions of Quebec are set to go on strike at 12:01 on Saturday, Sept. 17, 2022. (Source: Twitter/@Urgences_sante)

Emergency medical responders in Montreal, the Eastern Townships and Quebec City are set to go on strike this weekend as negotiations have been unsuccessful in reaching a new collective agreement.

The workers have been without an agreement since March 31, 2020 and now the union is ramping up pressure tactics.

In Montreal, Urgences-santé medical responders, or répondants médicaux d'urgence (RMU) in French — who take potentially life-saving calls and provide first-aid via telephone ahead of the arrival of first responders — as well as administrative staff are set to begin a strike at 12:01 a.m. Saturday.

Union negotiations are focusing mostly on pay raises and other measures to attract and retain staff in health communication centres. The Syndicat des employé-es d'Urgences-santé-CSN said in a news release that it's been difficult to find enough staff to fill positions in the centres.

"We are really at the end of our rope," said Anick Bélanger, president of the Urgences-santé union, in the release.

"We must take concrete action now to make employment at RMU more attractive and more interesting. Unfortunately, it seems that for the Treasury Board, the Department of Health and Social Services and our employers, we have to go on strike if we want to be taken seriously."

During the strike mandate, the Administrative Labour Tribunal is satisfied that essential services will still be provided, however, workers will stop doing certain tasks, including the completion of certain documents and the use of certain communication protocols.

"The RMUs and administrative staff play a crucial role in the chain of pre-hospital emergency services," added CSN President Caroline Senneville in the communiqué. "The entire CSN stands by their side to demand fair recognition of their indispensable work. The quality of services to the population depends on it."

Clarification: An earlier version of this story, published by The Canadian Press, incorrectly stated that Urgences-santé workers in Quebec City and the Eastern Townships were set to go on strike. In fact, it's the emergency medical responders in those regions who are going to be on strike.