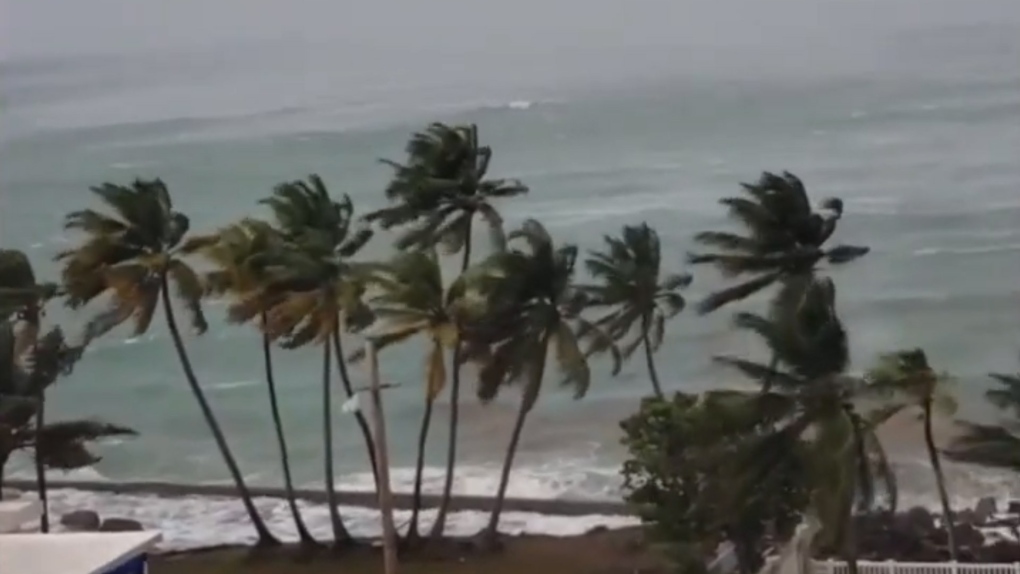 MONTREAL -- Post-tropical storm Isaias left several regions of Quebec rain-soaked and thousands without power at its height as it passed through the province on Wednesday.

Environment Canada said Isaias was downgraded from a tropical storm, but wind gusts knocked out power in several areas on Tuesday, including around the provincial capital.

The weather agency said the precipitation began during the day on Tuesday and greatly intensified during the evening as the storm approached.

Others areas in southern and eastern Quebec received around 60 millimetres.

The agency said in a weather statement the storm was weakening as it continued north, where it was expected to merge with a low pressure system and then pass east into Labrador.

Hydro-Quebec reported more than 60,000 people without power at one point.

Areas around Quebec City saw some wind damage from fallen trees and power outages on Tuesday night, with Hydro-Quebec steadily restoring power in the area by Wednesday afternoon.

The Canadian Hurricane Centre, part of Environment Canada, was predicting that the storm would continue moving north-northeast until Thursday morning, winds weakening along the way.

Isaias hit Canada after first pummelling the United States, spawning tornadoes and causing fires and floods after making landfall in North Carolina as a hurricane.

It left at least six people dead in five states, and displaced dozens of others.