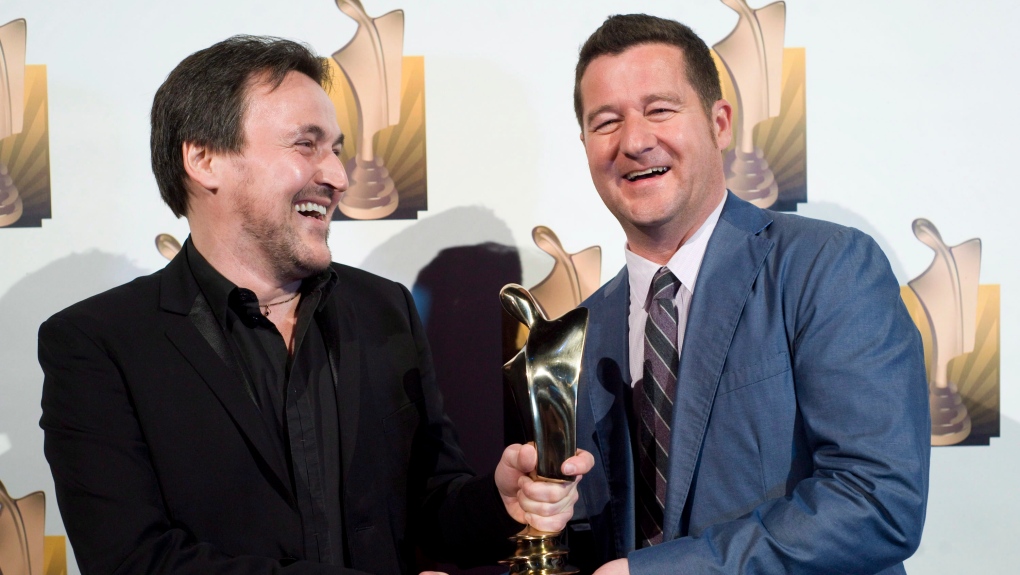 Guy A Lepage and Dany Turcotte smile after winning for best talk show hosts at the Gala Artis awards show. Turcotte resigned from the show after a joke while interviewing Mamadi Camara sparked a social media firestorm of negative attention. THE CANADIAN PRESS/Graham Hughes

Those tuning in to Tout le monde en parle Sunday night on Radio-Canada will not see Dany Turcotte playing the "Fou du Roi" role to straight man Guy A. Lepage.

Turcotte announced his immediate resignation from the show and apologized to Sunday's guest Mamadi Camara Thursday on Facebook for a question the host asked that he thought would be funny, but landed with a dull thud.

"I thought I'd make him smile reminding him of the absurdity of the origin of his story, a supposed driving cell phone offence," wrote Turcotte.

Camara was stopped for allegedly using a mobile phone while driving and then wrongfully arrested and detained for six days traumatizing the PhD student, his pregnant wife and family.

After hearing Camara's story, Turcotte asked the guest if he still plans to use his cell phone while driving. 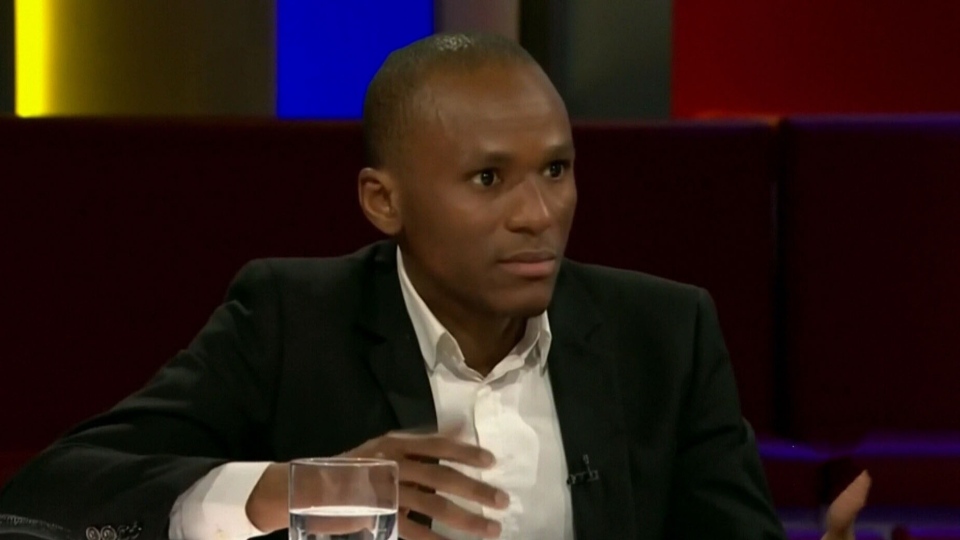 Turcotte wrote on Facebook that Camara is "a man who has all my respect and empathy" and that the joke "aimed badly."

Text messages between Turcotte and Camara suggest there is no ill-feeling for the failed attempt at humour on Turcotte's part.

"There is no problem," reads a screen grab of Camara's message posted on Turcotte's Facebook page. "I did not take it personally I also understand the intention."

Turcotte said he was attacked on all his social media platforms, which has become commonplace in recent years.

"Disturbed by several social media storms experienced over the years, my confidence has gradually eroded and I have come to be crippled by fear of being wrong," he wrote.

The live, no audience Tout le monde en parle format during the pandemic has also made Turcotte feel irrelevant, he wrote.

"That's why, for the sake of this show I love, I prefer to leave the office today," he wrote.

If he comes back, Turcotte said it will be as a guest.

A Radio-Canada news release Thursday says that Lepage will host the show solo for the remainder of the season.

“It is with sadness that I learned today that Dany was resigning from his post of Fou du Roi at Tout le monde en parle," said Lepage in the release. "Dany and I have been working together for over 17 years. Our bond has turned into friendship over the years and for some time now he has been telling me about his unease at playing his role in a pandemic context, without an audience, where humour has become rarer and more arduous."

Lepage said he understands Turcotte's decision and feels he is losing a precious colleague.