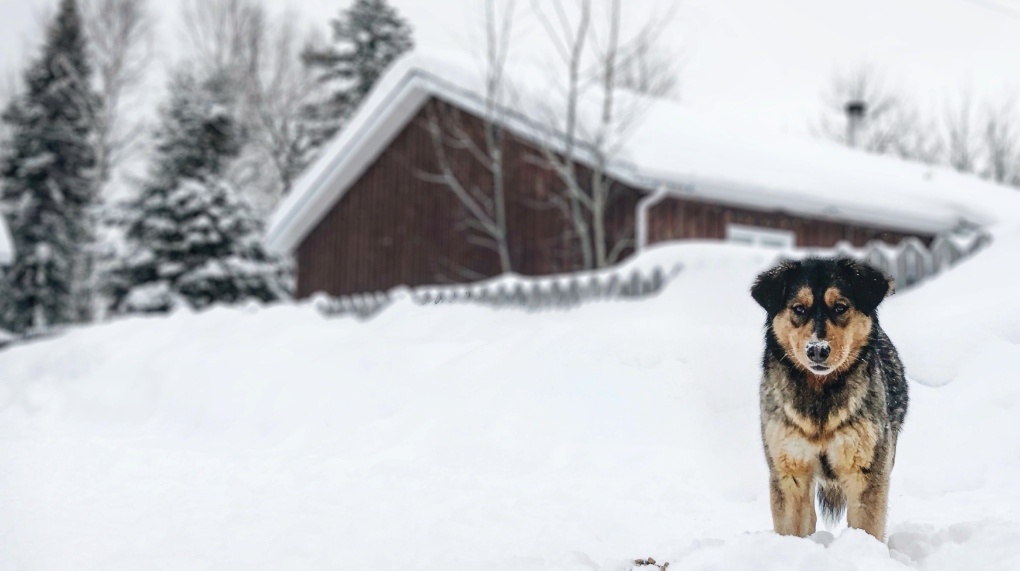 A dog in Northern Quebec (all photos in this article: Chiots Nordiques)

MONTREAL -- Long winters can be harsh on outdoor dogs but, in the Indigenous communities in Northern Quebec, people have banded together to make sure their four-legged companions don’t go hungry during the winter months of the COVID-19 pandemic.

In November, 500 kilograms of dry dog food were shipped every week up to the northern parts of the province to help feed the many wandering dogs who populate the communities there.

The effort is not new. Since 2012, Chiots Nordiques has been working with Indigenous communities in the more remote parts of the province’s north to bring supplies and aid to their canine population. While the pandemic made long-distance coordination more complicated, it only worsened an already difficult winter situation for dogs.

“Even in a normal context... there are difficulties with hunger for these dogs, and we often notice problems with extreme thinness,” ,” said Ewa Demianowicz, a campaign manager for companion animals in the Canadian arm of the Humane Society (HSIC).

Part of what makes this task difficult is the sheer distance. In the communities of Matimekusk Lac-John, Schefferville and Kawawachikamach, Chiots Nordiques has to cross almost 1,500 kilometres of road and railways to deliver dry dog food. The total time normally amounts to a full 24-hour day for volunteers to just travel between these communities.

There are also many “clients” waiting for aid. According to Chiots Nordique’s 2019 report, there are 80 to 300 dogs in each community who need help, and 55 per cent of them do not have access to veterinary care within 300 kilometres. Most of these dogs live outside, but many of them are not strays. 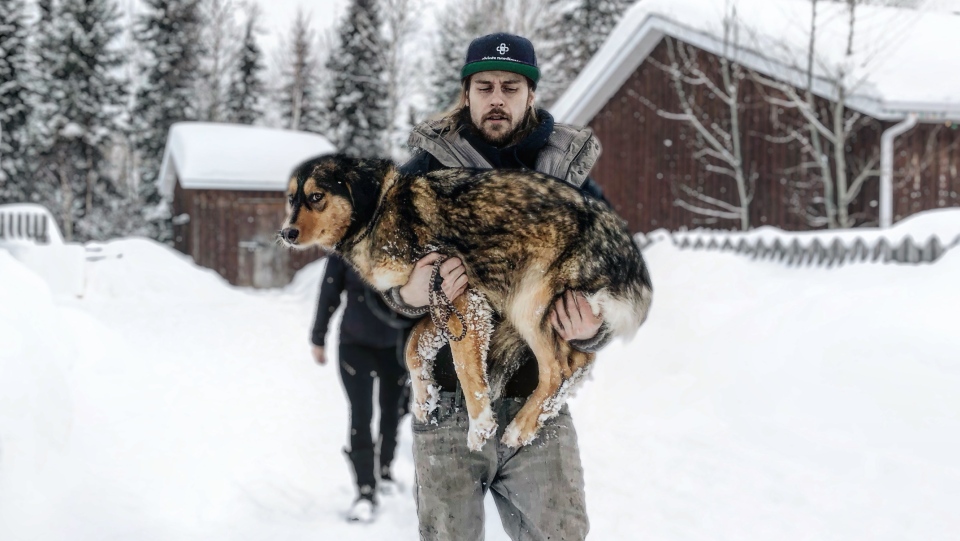 “That’s why we use the term ‘wandering dogs’,” said Demianowicz, “because sometimes they are owned but live outside.”

“It's a combination in these communities. Some dogs are not owned, but they all live outside normally.”

Not all Indigenous communities do so, but it does make it so there are many animals to care for. Daphnée Veilleux-Lemieux, a veterinarian and president of Chiots Nordiques, points out that much of the organization’s usual work is aimed more at controlling the canine population and providing other veterinarian services.

“Many Indigenous people hold the beliefs that dogs must be free in the wild,” said Veilleux-Lemieux. “So, dogs who are not on leashes, who are not sterilized and who will overpopulate. At this point, stray dogs become more common.” 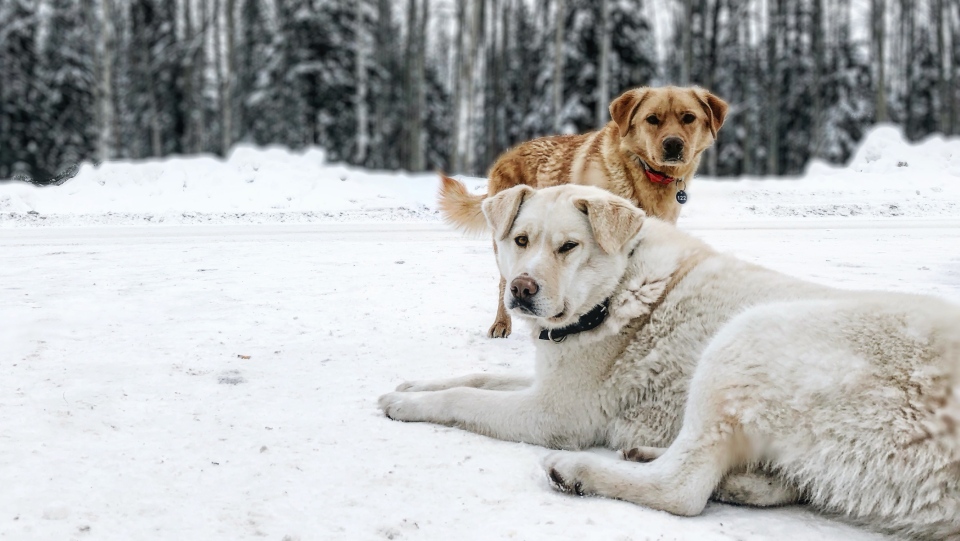 While much of the work is usually done by volunteers from Chiots Nordiques, along with support from the HSC and pet product company Mondou, the COVID-19 pandemic has made travel to these remote communities very difficult, particularly for volunteers who reside in large cities.

Fortunately for the dogs, however, they are far from alone. While volunteers from Chiots Nordiques might be immobilized by the pandemic and travel restrictions, the rest of the dogs’ most dedicated helpers are right at hand.

“This is a massive partnership program,” pointed out Veilleux-Lemieux. “It is the communities themselves who make sure that everything goes smoothly.”

Indeed, after the food arrives in the communities, it is the people who live there who organize and make sure the resources are accessible to everyone. The specific methods can vary between communities, but Chiots Nordiques rely on their partners in many of them.

“Normally, there is a workgroup that is mandated to distribute the food equitably,” Veilleux-Lemieux said. 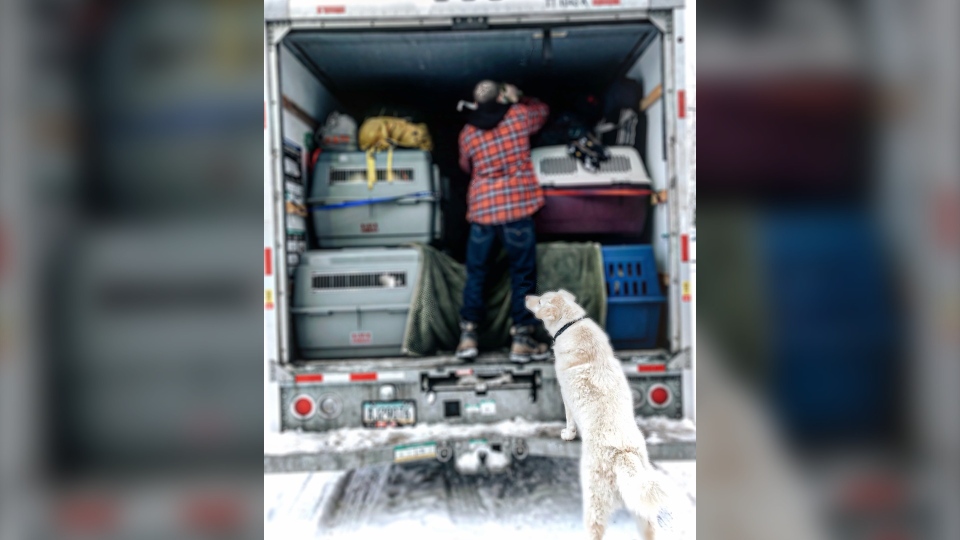 To take the example of Obedjiwan, a reserve in the Mauricie region of Quebec, the food is placed in a locked storehouse under band council management.

“Then, our contact in sterilization clinics mandates his canine controllers (employees who help manage the dog population) to distribute the food,” Veilleux-Lemieux explained.

The community keeps a register of dog owners, to make sure aid goes to those who need it, and individual owners make requests to pick up the food on designated days.

This level of cooperation has been a consistent asset for Chiots Nordiques and the dogs themselves. While events such as the pandemic can make travel and communication more difficult, the animals can always rely on the people they share the community with.

“It’s a formidable team project,” Veilleux-Lemieux added. “This is a cooperative program, that responds to the needs identified by local community members.”

“We couldn’t do this without donations from the public, and without this desire for change in the communities. None of our programs are funded by the provincial or federal government.”

In this, Veilleux-Lemieux found that taking care of dogs in need in Indigenous communities did not only help the animals. She said it also helped people grow closer to those they share the province with.

“Chiots Nordiques has its animal mandate, but we have so much to learn from these communities,” added Veilleux-Lemieux.

“We bring them help, but what they give us in return as volunteers is invaluable. We meet people and animals who both warm your heart.” 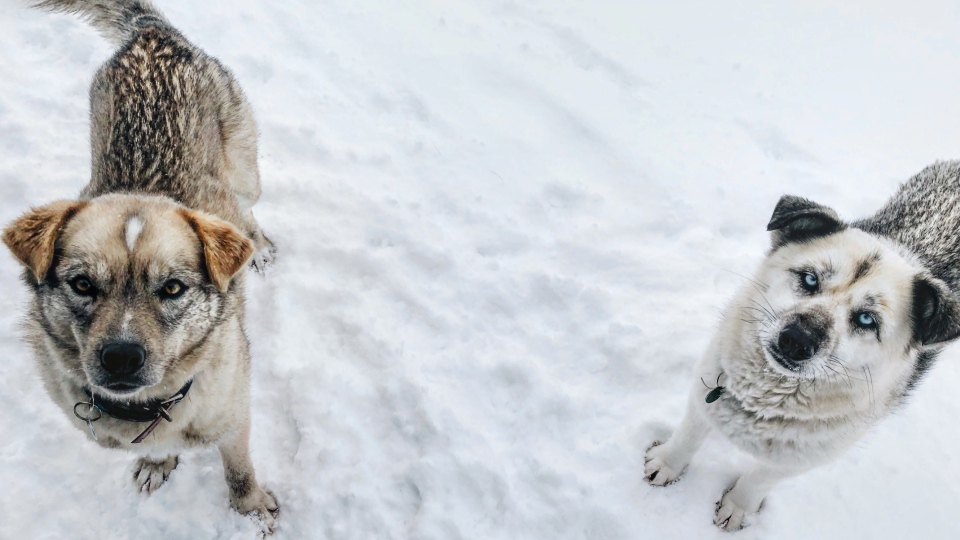