Cayden Primeau to man the cage for the Canadiens against Senators 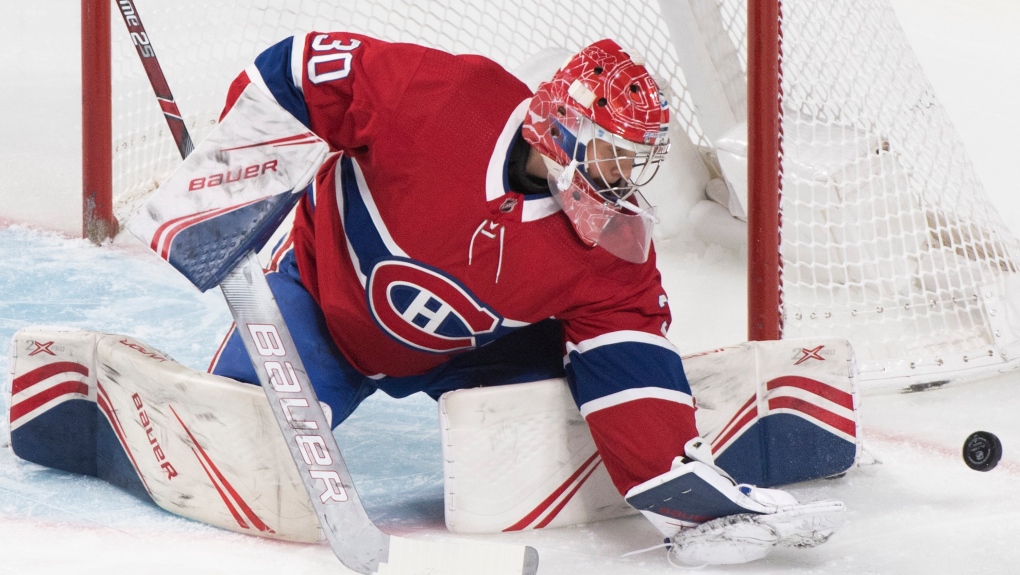 MONTREAL -- Cayden Primeau will defend the Montreal Canadiens' net on Saturday night against the Ottawa Senators.

In addition, defenceman Brett Kulak will return to the lineup in place of Erik Gustafsson.

This will be Primeau's second NHL start of the season and fourth career start. He was in net last Saturday when the Habs lost 5-2 to the Calgary Flames.

Kulak had been out of the lineup for the last six games. In 39 games this season, he has one goal, six assists and a plus-7 rating.

Kulak returns to the lineup for the first time since April 19.

Interim head coach Dominique Ducharme also said Saturday morning that he was confident that forward Joel Armia would be back in the lineup against the Senators.

Armia was shaken up late in the third period of the Habs' 5-3 win over the Winnipeg Jets on Friday. Armia took a check from behind from defenceman Derek Forbort and then headed for the dressing room.

Ducharme was much less confident about defenceman Shea Weber.

Weber missed Friday's game with an upper-body injury that has been lingering for the past 10 days. He is expected to be out again on Saturday night.

The Habs recalled forwards Alex Belzile and Ryan Poehling to the lineup on Saturday morning.

Poehling has 11 goals and 14 assists in 28 games with the Laval Rocket in the American Hockey League this season. Belzile has three goals and eight assists in 14 games.

The Montreal Canadiens have reassigned forwards Alex Belzile and Ryan Poehling to their taxi squad.#GoHabsGo pic.twitter.com/m8OGUvmsv2

The Canadiens (22-18-9) moved within four points of the Jets and third place in the North Division with Friday's win. The Habs a game in hand on the Jets.

The Bleu-blanc-rouge also has a six-point lead over the Flames with six games left on the regular schedule.

The Senators (19-27-4) will be officially eliminated from the playoff race if they lose to the Canadiens on Saturday.