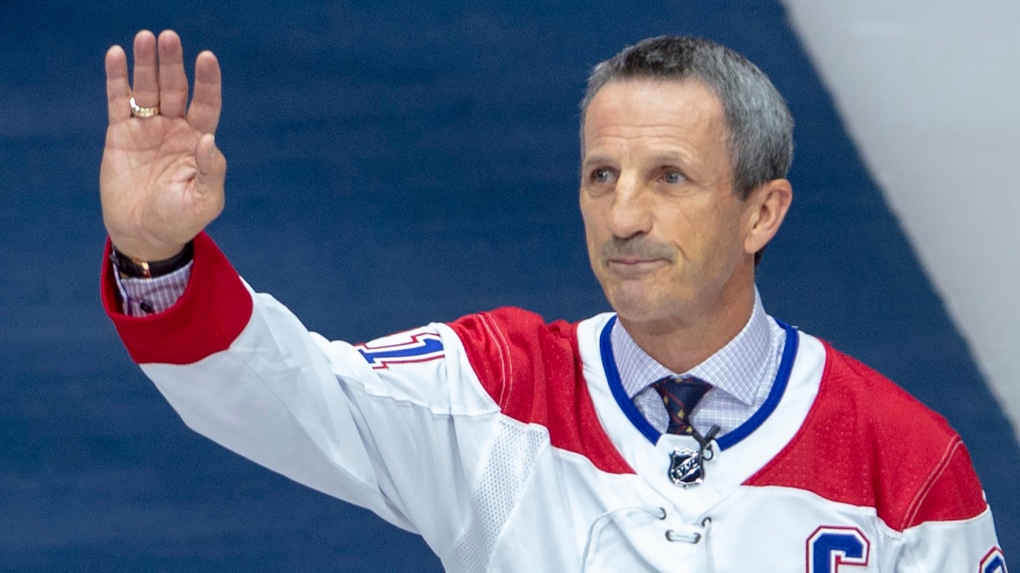 Former Montreal Canadien Guy Carbonneau waves to fans as he gets a standing ovation for his induction into the Hockey Hall of Fame during pre-game ceremonies in Montreal, Wednesday, Nov. 20, 2019. THE CANADIAN PRESS/Ryan Remiorz

The Montreal Canadiens announced Wednesday the arrival of four new team ambassadors, who will join Yvan Cournoyer and Réjean Houle in officially representing the organization at games, events and other initiatives in the greater Montreal area and beyond.

Hall of Famer Guy Carbonneau, along with Stanley Cup winners Vincent Damphousse, Patrice Brisebois and Chris Nilan, will all make their debut in their new roles with the team as part of activities surrounding the NHL Draft, which begins Thursday at the Bell Centre.

"We are extremely proud to officially add Guy, Vincent, Patrice and Chris to the list of legendary names who have worked for our organization as ambassadors after their playing careers," said Geoff Molson, owner, president and CEO of the Montreal Canadiens.

The Canadiens, who finished last season ranked 32nd and last in the NHL, have the first pick in the draft.

- This report by The Canadian Press was first published in French on July 6, 2022

An Amber Alert was issued for two-year-old Holdan Keewatin Sunday afternoon, after the Regina Police Service asked for public assistance in the search for the child.