Campaign against Quebec's Bill 21 to launch 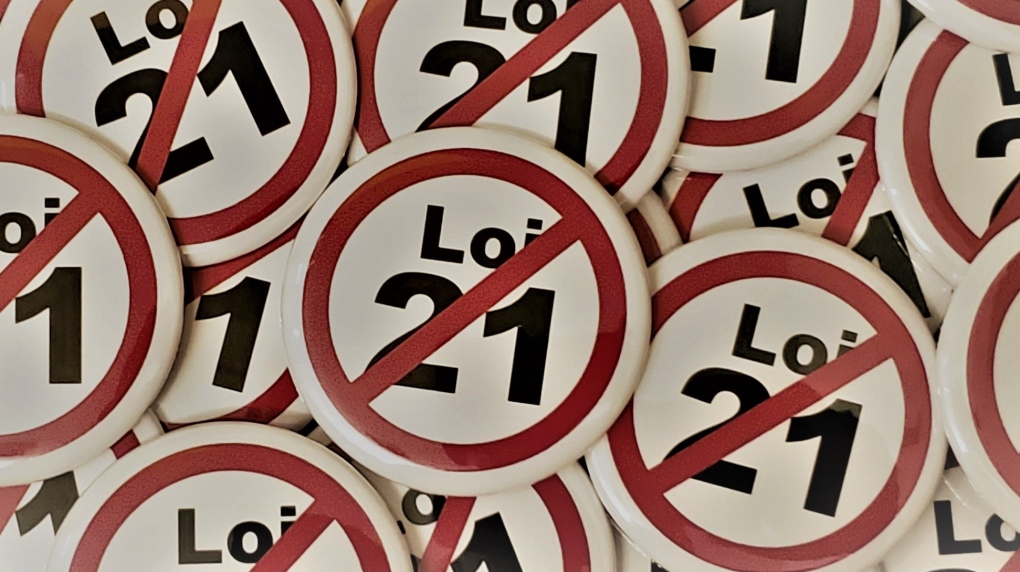 Organizers of a campaign against Quebec's Bill 21 are making 20,000 buttons for Quebecers to wear. (Facebook/Non a la Loi 21)

Organizers of a campaign against Bill 21 are asking Quebecers to express their opposition to Quebec's controversial ban on religious symbols in the public service by publicly wearing an anti-Bill 21 button and a religious symbol of their choosing.

"Even if it has become law, we should not remain silent," Ehab Lotayef, the campaign's coordinator, said in a statement issued Wednesday. "Many unjust laws existed and were struck down. Wrongs will be righted as long as we do not give up."

Lotayef says the campaign is supported by several non-government, secular and religious organizations and individuals who have been opposing Bill 21 since Francois Legault's CAQ government tabled it in March. The bill was passed into law in June.

The campaign officially launches with a press conference Thursday at 10 a.m. at St. James United Church downtown, at which the campaign organizers and people who have been affected by Bill 21 will speak out against it.

Campaign organizers say 10,000 of the anti-Bill 21 buttons have already been made, with another 10,000 in production.

For more details on the campaign (including how to get a button), visit the Non a la Loi 21 Facebook page.