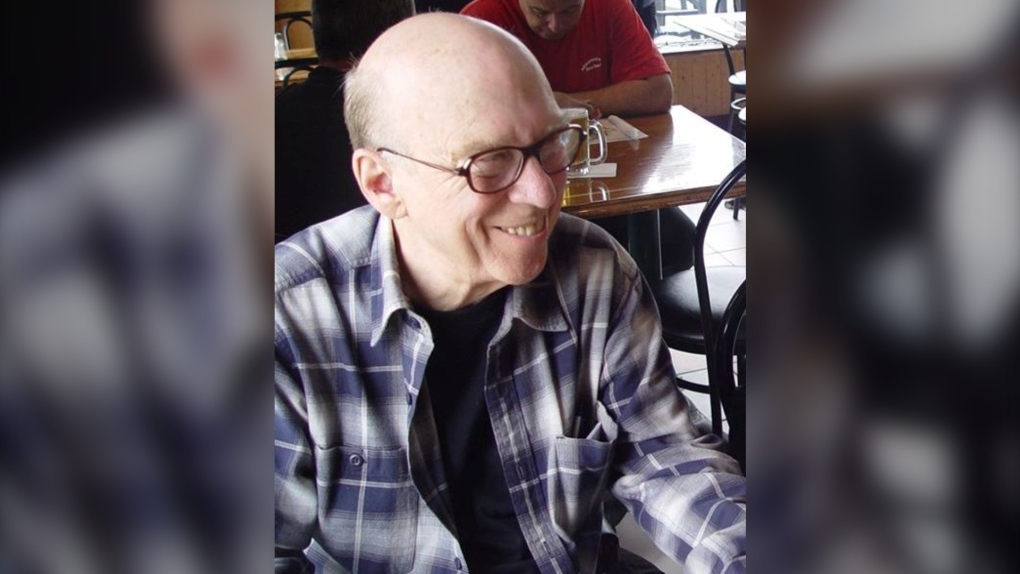 Draper, who was being treated for cancer, died of septic shock on April 19 at a hospital in Saint-Jerome, northwest of Montreal. He was 83.

Draper showed a precociousness when it came to the craft of journalism. In his teen years in Montreal’s Rosemont district, Draper would hang out in his parents’ basement and listen to the police scanner. When he’d hear of a newsworthy event, he’d race out on his bike to cover it; his stories and photos would often make it into the Montreal newspapers - sometimes on the front page.

Draper, who was born July 9, 1936 in Montreal, was hired by CFCF in 1961 to work at its radio station and recently launched TV station.

“I can still see him, hunched over his assignment desk, police and fire radios going full blast,” Takahashi recalled. “If a reporter tried to “kill” a story because there wasn’t anything there, he’d look up, squint his eyes and reply, ‘But THAT is the story!’ And he was always right."

“He understood the idea of community reporting and keeping a story local, long before those terms were ever used,” Takahashi added. “Bill was one of the people who made Pulse News what it was then, and what CTV Montreal is today.”

Takahashi’s longtime co-anchor, Bill Haugland, remembered Draper as a journalist who “was genuinely tuned in to Montreal."

“If a fire broke out somewhere in the city's east-end, Bill would know which police substation to call for information,” Haugland recalled. “His knowledge of the workings of police operations was unmatched in the business of newsgathering.”

Stephane Giroux, a CTV News Montreal reporter who specializes in covering crime and court stories, called Draper “a great mentor” who “taught me everything I needed to know.”

“Bill Draper was my introduction to 'big city' news after years of covering church picnics in small towns,” Giroux said. “He had an encyclopedic knowledge of city streets, crime figures, underworld contacts, and direct lines to most ranking officers in the Montreal police."

“Whenever he was really excited about a story, he would jingle his pocket change as he told you about it,” Van Vlaardingen said. “He was a tightly wound, no excuses kind of guy but every now and then, let out a hearty laugh. And he had the deepest respect for his cameramen who 'patrolled' for him - like cops on the beat.”

“He loved the chase of news and was part of a generation of ‘news men’ who wore fedoras and looked like they belonged on Dragnet,” Van Vlaardingen added. “But he had a soft spot too and never failed to go after police when they failed in their jobs.

“He’d be all over the George Floyd story - given the chance.”

Draper retired from CFCF in 1997. Playing on Draper’s well-known love of cops and cop stories and cops themselves - he often communicated with newsroom colleagues using police scanner code such as 10-4 - his colleagues engaged off-duty Montreal police officers to mock arrest him and drive him - handcuffed and in the back of a cruiser, sirens blazing - to his retirement party.

Haugland said Draper’s dedication to Montrealers continued even after he retired from the news business.

“He was the sort of person who, if he thought you were in need of something, would go out of his way to help,” Haugland said. “In his retirement years, often ignoring his own ailments, he transported elderly neighbours to hospital or bought and delivered their groceries.”

“He was both a generous and gentle man who will be sorely missed by his community and his friends.”

Takahashi said she too misses both Draper the journalist - and the person.

“He was a dear friend who loved to eat Whippets. And he loved his cats,” Takahashi said.”I can never thank him enough for all he taught me - about friendship and about television news.”

Draper is survived by his brother Fred, sister-in-law Fern, niece Julie and nephew Mark. The family says a "celebration of life" will be held, but no date has been set yet.