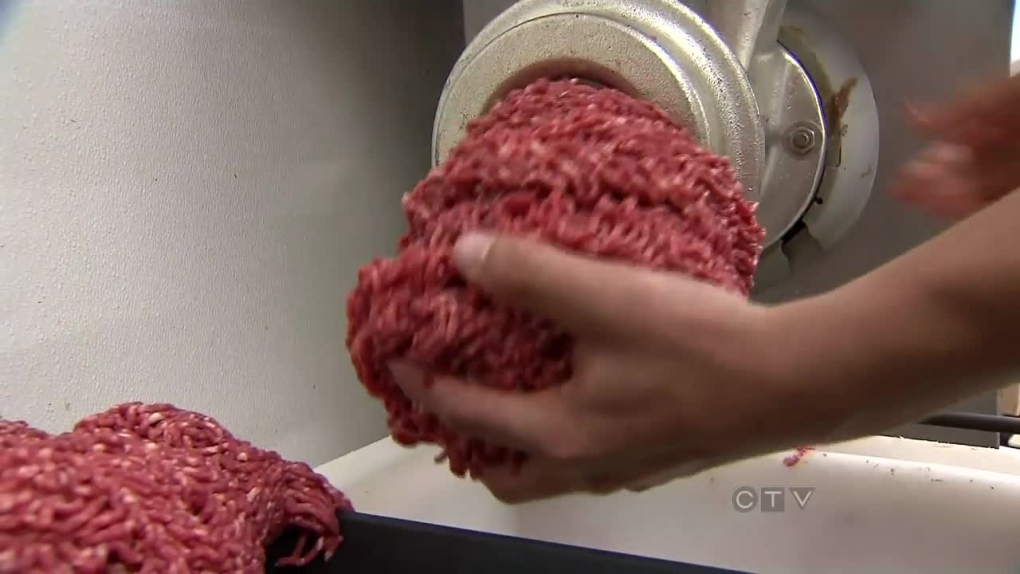 OTTAWA, Ont.--There was a time when budding young public relations students were given two case studies as the best and worst communications in modern corporate history: the Tylenol recall of 1982 (best), and the Exxon Valdez oil spill of 1989 (worst).

Just as Johnson & Johnson immediately pulled tampered product off the shelves and had their chairman front and centre, Maple Leaf Foods also faced the music. President Michael McCain came out on the same day that the government linked the outbreak to a Maple Leaf plant.

He held a news conference, posted a video to YouTube, and circulated a company statement.

"Tragically, our products have been linked to illness and loss of life. To those people who are ill, and to the families who have lost loved ones, I offer my deepest and sincerest sympathies," McCain said. "Words cannot begin to express our sadness for their pain."

By contrast, no executive from XL Foods has yet surfaced to speak directly to the E. coli outbreak that saw the licence temporarily pulled from its Brooks, Alta. plant. A recorded message from an unnamed woman and an accompanying statement expresses no particular emotion.

"We take full responsibility for our plant operations, and the food it produces, which is consumed by Canadians from coast to coasts," reads the statement. "We are doing everything we can to take the lead in an enhanced, comprehensive food safety program at our plant."

Vanier says the firm has skipped the first steps of crisis communications, which include first putting out all information on the table, and then holding daily updates to communicate with stakeholders and the public, setting the record straight where necessary.

"They're going to have a bit of a hill to climb. They've lost a lot of trust and a lot of credibility with the general public, but the things they could be doing is starting to be more forthcoming with the public," said Vanier, director of crisis communication at Corpen Group.

"Right away what they should be doing is finding one of their executives, someone who can represent the humanity of the organization."

Communications problems have also plagued the federal government in the E. coli situation. The optics were grim Wednesday after a spokesperson shut down a televised news conference just as the Canadian Food Inspection Agency's president began answering tough technical questions.

And some of the information put out about the crisis has been muddled.

Agriculture Minister Gerry Ritz has said the government increased the number of inspectors hired at the XL Foods plant by 20 per cent "over the last few years." The CFIA says the number of inspectors has always corresponded with the speed of the line -- which hasn't fluctuated in 10 years -- and the only spikes were related to an unrelated export issue with Japan. Meanwhile, the Agriculture Union says there have been longstanding problems with maintaining staffing levels at XL Foods.

Then there's the issue of how well the system worked. The government says a new Senate bill would give inspectors more teeth to compel a company like XL to turn over information in a timely way. The agency experienced delays in getting the data it needed from XL, delaying the plant shutdown.

But the Meat Inspection Act already gives inspectors the power to require the production of documents. The penalty for obstructing or hindering the inspection process under the Act, or not given an inspector what they require to do their work, is a $50,000 fine and/or up to six months in prison.

Ritz, talking to the North Battleford Rotary Club on Monday, seemed to play down the situation as he addressed constituents.

"We had some great Canadian beef for lunch. I don't know where it came from; I don't care. I know it's good, I know it's safe," Ritz is reported as saying by the Battlefords News-Optimist.

"You have to handle it and cook it properly."

Josh Greenberg, a Carleton University professor who writes about risk and crisis communication during public health emergencies, says the problem with allowing the agriculture minister to take the lead is that the public might wonder how its needs are being balanced with that of the beef industry.

"When we look back and we see that there was this time period where the government wasn't out in front, right away disclosing everything that it knew to the public, it raises questions about competing interests and how those competing interests were managed," said Greenberg.

As for the opposition attacks against Ritz in the Commons, Greenberg says they might also leave a bad taste in the mouths of Canadians.

"The opposition by doing so shows the public that it also isn't necessarily operating with the public interest front and centre, it's operating with political interest, which can also fuel a bit of the cynical response from the public, that this is just gamesmanship."